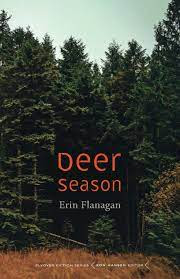 Synopsis/blurb ...
It’s the opening weekend of deer season in Gunthrum, Nebraska, in 1985, and Alma Costagan’s intellectually disabled farmhand, Hal Bullard, has gone hunting with some of the locals, leaving her in a huff. That same weekend, a teenage girl goes missing, and Hal returns with a flimsy story about the blood in his truck and a dent near the headlight. When the situation escalates from that of a missing girl to something more sinister, Alma and her husband are forced to confront what Hal might be capable of, as rumors fly and townspeople see Hal’s violent past in a new light.
A drama about the complicated relationships connecting the residents of a small-town farming community, Deer Season explores troubling questions about how far people will go to safeguard the ones they love and what it means to be a family.
Deer Season from Erin Flanagan was a 5 star knockout and one of my favourite reads of last year.
80s setting, small town drama, a missing girl and a soft target for suspicion. I think this one had it all. Death, love, family, secrets, outsider syndrome, abandonment, infidelity, gossip, finger pointing, hasty conclusions, communal judgment, grief, loss, a police investigation, panic, poor decision making, conflict and a really satisfying outcome.
I really liked the strong female character, Alma. She's the surrogate mother and carer of Hal, the simple-minded farmhand who lacks the ability to recognise boundaries in his interactions with people, especially attractive young females. He gets taken advantage of by those who should know better and could be kinder, but choose not to be. Hal also has issues with controlling his alcohol intake.
Peggy, a girl he has history with goes missing. Hal's been hunting, but abandons the trip around the same time. He ties one on and is evasive about the blood in his truck. Conclusions are drawn.
I enjoyed the way the story unfolds with Alma and husband Clyle's past drip fed effortlessly into the narrative. Clyle works the family farm after they moved back to Gunthrum about ten years previously. Life has not turned out how Alma expected and there are ripples and fissures in their relationship. We come to understand her spikiness and withdrawal from community life. Secrets, indiscretions, loss, distance, an inability to communicate. There is also a stubborness and stoicism in both that sees them continuing in the daily existence, neither of them happy, but neither of them prepared to call time on things. Their mutual care for farmhand Hal, offers a distraction and perhaps provides them some common ground. He's the substitute for the child they never had, albeit a man-child. Alma is the lioness, protecting her cub at any cost - another source of conflict with Clyle. 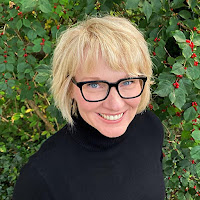 We also see the sadness and pain that a shocking bereavement can bring to a family, particularly through the eyes of Milo, Peggy's younger brother and sometime confidant. Dreams dashed, future ambitions forever unfulfilled and a confused sense of bewilderment.
Setting, pace, character, mystery, outcome - all ticks inthe box.
5 from 5
Read - November, 2021
Published - 2021
Page count - 318
Source - review copy from Edelweiss - Above the Treeline
Format - Kindle
Posted by col2910 at 00:15