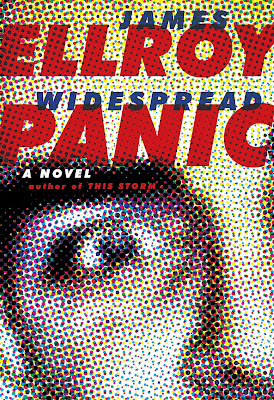 Synopsis/blurb ...
From the modern master of noir comes a novel based on the real-life Hollywood fixer Freddy Otash, the malevolent monarch of the 1950s L.A. underground, and his Tinseltown tabloid Confidential magazine.
Freddy Otash was the man in the know and the man to know in ‘50s L.A. He was a rogue cop, a sleazoid private eye, a shakedown artist, a pimp—and, most notably, the head strong-arm goon for Confidential magazine.
Confidential presaged the idiot internet—and delivered the dirt, the dish, the insidious ink, and the scurrilous skank. It mauled misanthropic movie stars, sex-soiled socialites, and putzo politicians. Mattress Jack Kennedy, James Dean, Montgomery Clift, Burt Lancaster, Liz Taylor, Rock Hudson—Frantic Freddy outed them all. He was the Tattle Tyrant who held Hollywood hostage, and now he’s here to CONFESS.
“I’m consumed with candor and wracked with recollection. I’m revitalized and resurgent. My meshugenah march down memory lane begins NOW.”
In Freddy’s viciously entertaining voice, Widespread Panic torches 1950s Hollywood to the ground. It’s a blazing revelation of coruscating corruption, pervasive paranoia, and of sin and redemption with nothing in between.
Here is James Ellroy in savage quintessence. Freddy Otash confesses—and you are here to read and succumb.
When I started reading crime fiction back in the late 80s-early 90s, James Ellroy (along with Andrew Vachss, Elmore Leonard, James Lee Burke and a few others) was on a list of must read authors. Whenever they had a new book out, I had to have it immediately. Over the years, I've fallen away from him (and the rest) and replaced them with newer voices. I still retain an affection for these authors and the chance to read Ellroy's latest was too good to turn down.
I have to say this one was a bit of a struggle though, akin to swimming through treacle in the first half of the book. It still bears all the hallmarks of Ellroy's inimitable style with his frequent use of almost tongue twisters ... Extortionist. Entrepreneur. Enterprising. Enforcer..... the live feed fed furtively ....ditzed dials and recalibrated the rustles and riffs. Ellroy's writing style demands that you pay attention and unfortunately I approached it with a frenetic, furious frenzy and got nowhere fast.
I do like the way he populates his books with real-life characters that I know of. The ones I'm unfamiliar with I'm tempted to Google to discover more about them, assuming they aren't the product of Ellroy's fertile imagination.
Dual timeline prose, with modern day reminisces from a prison cell back to the 50s.... with bed-hopping politicians, movie stars, shakedowns, sleazy sex escapades and blackmail. Scandals for public consumption.
I enjoyed the second half of the book a lot more, as I realised it wasn't a race. I liked it better, but unfortunately I don't hold it in the same high esteem as the likes of The Black Dahlia The Big Nowhere or LA Confidential.
I have a couple more of his on the TBR pile - Perfidia and its sequel This Storm. I know to approach them a bit differently to this one.