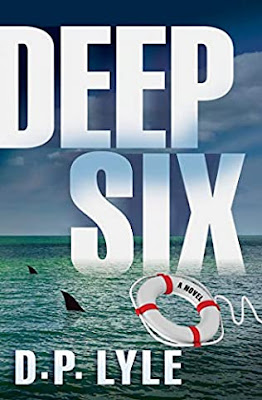 Ex-professional baseball player Jake Longly adamantly refuses to work for his father, wanting no part of Ray’s PI world. He prefers to hang out at his beachfront bar and chase bikinis along the sugary beaches of Gulf Shores, Alabama. But Ray could be persuasive, so Jake finds himself staking out the home of wealthy Barbara Plummer, a suspected adulteress. The mission seems simple enough—hang around, take a few pictures, sip a little bourbon. Except Barbara gets herself murdered right under Jake’s nose.

When Jake launches into an investigation of his target’s homicide, he quickly runs afoul of Ukrainian mobster Victor Borkov. Aided by his new girlfriend Nicole Jemison and  Tommy “Pancake” Jeffers, his behemoth employee with crazy computer skills, Jake tries to peel away the layers of the crime. The deeper the intrepid trio delves, the more murders start to pile up, leading them to Borkov’s massive yacht—where they just might be deep-sixed.

My first time with author,  D. P. Lyle and his series character Jake Longly. And not my last by any stretch of the imagination. In fact I've already enjoyed the next two in the five book long series and the fourth is about to be started.

A PI tale, a stakeout, infidelity, strife from an ex-wife, a damsel to the rescue, a new romance, murder, suspicious cops, a dual investigation - police and our PIs, a Ukrainian mobster and his henchmen, some house cleaning, more death, more murder, a bit of sneaky undercover work and a one way boat trip.

I really liked this one. It's fast-paced and fun. There are some great dynamics and interactions between Jake and Tammy, the troublesome ex-wife; Jake and his dad, Ray; Jake and new girl Nicole; and Jake's best friend and PI employee, Pancake and just about everyone he meets. I think it also might be a first for me in visiting Alabama in my reading. The coastal setting was another plus.

It's an interesting case. A murder goes down just after Jake finished his surveillance on a suspected cheater and his ex-wife's new husband might be in the frame. The job changes. Clear the man and help find the murderer.

I enjoyed the twists the author conjured with the story and I like his style of writing. There's a lighter touch with lots of humour prevalent, without ever being laugh out loud funny. It takes real skill to bring characters to life and make them likable and good company, without making them too unrealistic. Lyle achieves it in spades.

Great story, interesting characters, decent resolution, a bit of action, especially towards the climax of the book. Really entertaining. My kind of fiction. 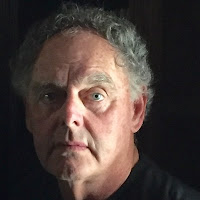 Source - purchased copy, though I previously had a review copy courtesy of Edelweiss - Above the Treeline which I had forgotten about 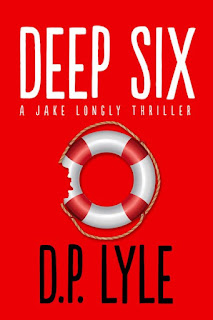