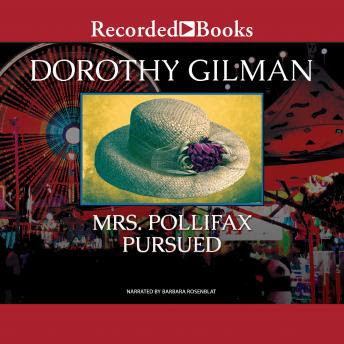 Synopsis/blurb ....
A missing salami leads Mrs. Pollifax to a shocking discovery: a woman is hiding in her house. Even more unsettling is the revelation that ever since the young woman had a chance encounter with the heir to the throne of Ubangiba, she has been followed by deadly hitmen. What do these men want?
The last thing Mrs Pollifax expects to find in her closet is a young woman hiding.
Kadi Hopkirk insists that she is being followed by two men in a dirty white van. Under the cover of darkness, Mrs Pollifax tries to drive Kadi back home, only to have a dark green sedan give them a run for their money and, she begins to suspect, their lives.
Ever resourceful, Mrs P. puts in a call for help to her CIA colleague, Carstairs, who installs them in a safe house. Before she knows it, a dash to safety expands into an assignment that leads to hair-trigger violence in exotic places ...
Armed with only an open mind and a little karate, Mrs Pollifax is the most unlikely and lovable of international spies.
Mrs Pollifax's eleventh outing as Dorothy Gilman's unlikely CIA operative was my second time with the series and author. The Unexpected Mrs Pollifax, the series opener was enjoyed a month or two ago.
Here Emily Pollifax is drawn into a mystery concerning a high profile kidnapping and a pursued girl, both connected to the unstable African country of Ubangiba.
Car chases, salami, a travelling circus, millions of dollars and a thirst for power all feature in another fun adventure featuring our aged agent. We have a bit of hide and seek in the US, before our drama plays out at the Presidential Palace in Ubangiba with Emily's CIA boss, Carstairs taking a rare trip into the field to pull the strings. 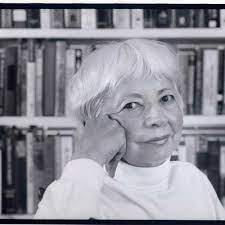 Best book ever? No, but enough to keep me amused and entertained throughout. I enjoyed the narration by Barbara Rosenblat, who brings Emily to life for me. In the first book, Mrs Pollifax was widowed. Here she has acquired herself a new husband, presumably a consequence of one of her earlier adventures. Calm, unflappable and capable of adapting to whatever strange circumstance she finds herself in, Mrs Pollifax is a recent discovery for me and a welcome one.
3.5 from 5
Read - (listened to) November, 2021
Published - 1994
Page count - 242 (5 hrs 58 mins)
Source - Audiobooks
Format - Audible
Posted by col2910 at 05:34