A couple from the legendary Edward Bunker ... 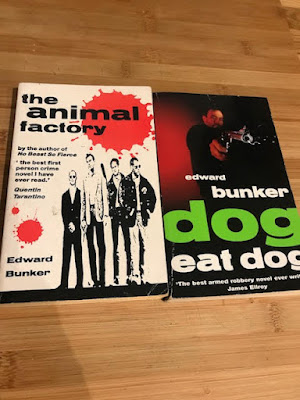 Eddie Bunker wrote six novels, one of which was published posthumously in 2007. Bunker had passed in 2005. From his biography page at Fantastic Fiction it's clear he led an interesting life ...

Edward Heward Bunker was an American author of crime fiction, a screenwriter, and an actor.

He wrote numerous books, some of which have been adapted into films.

Bunker was a bright but troublesome child, who spent much of his childhood in different foster homes and institutions.

He started on a criminal career at a very early age, and continued on this path throughout the years, returning to prison again and again.

He was convicted of bank robbery, drug dealing, extortion, armed robbery, and forgery.

A repeating pattern of convictions, paroles, releases and escapes, further crimes and new convictions continued until he was released yet again from prison in 1975, at which point he finally left his criminal days permanently behind and became a writer.

Bunker stayed out of jail thereafter, and instead focused on his career as a writer and actor.

I enjoyed seeing him in Reservoir Dogs, many years ago. Pretty sure I've read and enjoyed most of his books - including these two, but not that I can recall them too much. My last outing was back in 2010 with his short story collection - Death Row Breakout & Other Stories. The novels have all been saved for a re-read sometime. 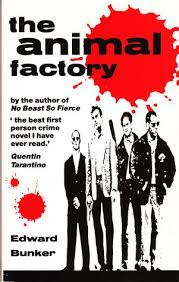 Drawing on a lifetime's experience of the sordid, horrifically violent world of America's prisons, Edward Bunker's novel The Animal Factory tells a tale of two convicts.

Ronald Decker, guilty of a minor drug dealing charge, is put away in San Quentin.

Earl Copen takes it upon himself to instruct the younger man in the brutal protocol of San Quentin and the strategies essential for survival.

Their growing friendship is tested when Ron's rejection of a homosexual advance by another con leads to an act of fatal violence, and they seize upon a remote chance of escape.

The Animal Factory is the ultimate prison novel. 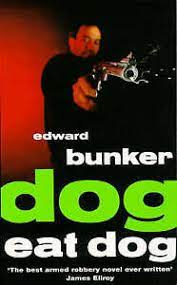 Troy, an aloof mastermind, seeks an uncomplicated, clean life but cannot get away from his hatred for the system.

Diesel is on the mob's payroll and interest in his suburban home and nagging wife is waning.

Mad Dog is possessed by true demons within, that lead him from one explosive situation to the next.

One more hit, one more jackpot, and they'll all be satisfied ... 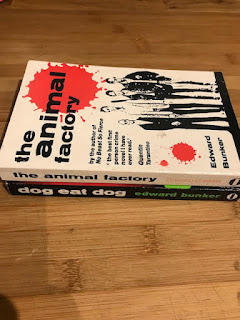