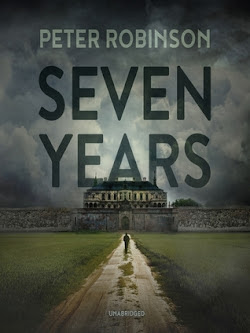 Synopsis/blurb ...
A gripping novella from the New York Times best-selling author of the Inspector Banks Mysteries and a "master of the art" (Boston Globe)
Retired Cambridge professor Donald Aitcheson loves scouring antiquarian bookshops for secondhand treasures - as much as he loathes the scribbled marginalia from their previous owners. But when he comes upon an inscription in a volume of Robert Browning's poetry, he's less irritated than disturbed. This wasn't a gift to an unwitting woman. It was a threat - insidious, suggestively sick, and terribly intriguing.
Now Aitcheson's imagination is running wild. Was it a sordid teacher-pupil affair that ended in betrayal? A scorned lover's first salvo in a campaign of terror? The taunt of an obsessive psychopath? Then again, it could be nothing more than a tasteless joke between friends.
As his curiosity gets the better of him, Aitcheson can't resist playing detective. But when his investigation leads to a remote girls' boarding school in the Lincolnshire flatlands, and into the confidence of its headmistress, he soon discovers the consequences of reading between the lines.
Peter Robinson is one of a long list of authors whose work I want to give some proper attention to, but never actually consider when choosing what to read next, or even next week/month. I'm pretty sure I read either his first Inspector Banks book, or an early standalone years ago, but then moved on. My memory fails me and the recording of my reading was only instigated in 2010. I guess I'll never know unless I happen to re-read it and I recognise elements.
An opportunity to get stuck into something from him not overly long and on Audible (with the flexibility that format affords me) was worth a punt. The fact that it was a mystery from the Bibliomystery oeuvre and centred around books was a bonus.
We have a somewhat crusty retired academic, doing some sleuthing after reading a sinister dedication in a recently acquired book. Professor Aitcheson, nosey old git that he is might wish he hadn't bothered by the end of it. Conversely he may be glad he did.
It was an enjoyable couple of hours nearly, with some book shop browsing, some white lies told, some amateur sleuthing, the odd pub lunch, a girl's boarding school, an unlikely alliance with the possibility of something more in the future, a quarry located, an interview, a confession, and several unexpected consequences.
I quite liked the story, though it was maybe a bit of a stretch initially buying into the creepy inscription  triggering everything that followed. I've read names, dates, dedications in books before and they never induce more than a fleeting thought. I think my favourite find at the start of a book is a library stamp and its borrowing history - that gets me thinking. But hey that's just me.
The pace was fairly pedestrian, but I was happy getting where we were going in the author's own sweet time. I liked the style of writing, even if the main character was a bit of an odd-ball. That element probably added to the sense of enjoyment as opposed to detracting from it. 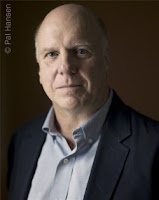