Some ok TV dramas and some disappointing ones in the month, as well as just the one film. 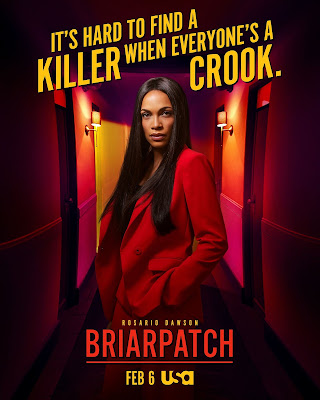 Briarpatch (2019) - TV Drama Series
Last couple of episodes watched and more out of a sense of completism than any actual enjoyment. At least there isn't a second series to get disappointed over. I still have high hopes for the book of the same name by Ross Thomas, when I eventually get around to it.
From Wikipedia ...
Briarpatch is an American television series starring Rosario Dawson based on the 1984 Ross Thomas novel of the same name. The series was picked up in late January 2019 by USA Network, after being ordered to pilot in April 2018.
In advance of its broadcast premiere, several episodes of the series received a preview screening in the Primetime program of the 2019 Toronto International Film Festival.
The series premiered on February 6, 2020. On July 17, 2020, the series was canceled after one season.
Premise
When Detective Felicity Dill is killed in a car bombing, her sister Allegra Dill, an investigator working for a senator, returns home to San Bonifacio to find her killer. In the process of her investigation, she uncovers a web of corruption in the small Texas town. 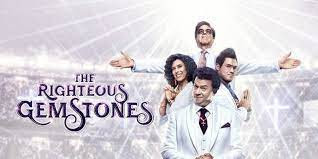 The Righteous Gemstones (2019) - TV Comedy/Drama Series
Now this one I did love. Hopefully it will be back in the future. US evangelists - comedy gold!
From Google ....
Well into the second generation of a grand televangelist tradition, the world-famous Gemstone family is living proof that worship pays dividends in all sizes. Patriarch Eli, the man most responsible for the tremendous success of the family's megachurch, is in mourning over the loss of his wife. Jesse, the eldest of the three grown Gemstone siblings, looks to lead in his father's footsteps, but finds his past sins jeopardizing the family ministry. Next in line comes middle sister Judy, who secretly lives with her fiancé and dreams of escaping the Gemstone compound. Rounding out the dysfunctional trio is pseudo-hipster Kelvin, the youngest of the preachers and a thorn in Jesse's side. As the family battles numerous threats to their renowned religious empire, they continue to spread the good word... and make a solid buck doing so. 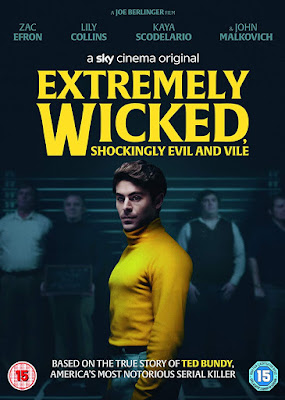 Extremely Wicked Shockingly Evil and Vile (2019) - Netflix Film
Pretty sure I have seen this one before but had forgotten about it. Zac Efron is pretty good IMO. There's probably far too much been written about Bundy already. My tuppence-worth ... vile, disgusting, sick.
From Google ....
A chronicle of the crimes of Ted Bundy, from the perspective of his longtime girlfriend, who refused to believe the truth about him for years. 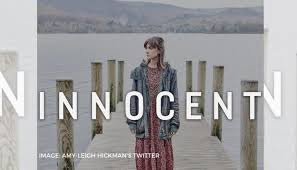 Innocent Series 2 (2021) - ITV Drama Series
Enjoyable. Four episodes long which is the perfect length for my attention span. Gripping and tense. Quite twisty. I'll admit to a bit of surprise at the outcome. I'll have to see if I can catch up with the first series, something I missed a few years ago.
From Wikipedia ....
Series 2
Matthew Taylor, a 16-year-old school boy was brutally murdered in the quiet Lake District. Five years later the accused is found not guilty and released from prison. 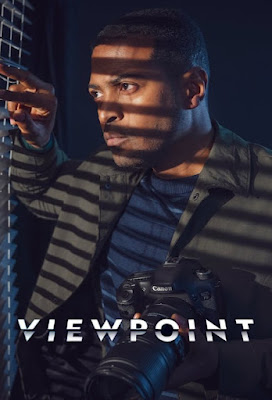 Viewpoint (2021) - ITV Drama Series
Well you would have to be living in a cave in the UK to have missed the Noel Clarke uproar when credible allegations about his disgusting behaviour on the sets of various productions over the years surfaced. It's always disappointing when people you admire for their talents, are revealed to be douchebags.
We had this one on record ready to binge-watch and we pressed ahead with the plan. One small problem, the final episode was pulled from the small screen and got a limited time-span window on the ITV hub to watch. By the time we watched the first four, the final episode had disappeared. Shame I was enjoying it upto that point, despite the revelations and allegations. Still there's more important principles in play than just my viewing enjoyment. You have to feel sorry for the rest of the cast and the production team, having some respect and credit for their efforts stripped away from them and tarnished through no fault of their own.
From Wikipedia ....
Viewpoint is a British police procedural drama thriller television miniseries created by Harry Bradbeer and Ed Whitmore and starring Noel Clarke and Alexandra Roach. Produced by Tiger Aspect Productions, it aired on ITV nightly from 26 April 2021,[1][2] with the final episode premiering exclusively on ITV Hub.
Premise
Viewpoint follows a tense police surveillance investigation into a tight-knit Manchester community and explores whether it is ever possible to observe the lives of others with true objectivity and zero effect. Surveillance detective DC Martin Young (Noel Clarke) sets up his observation post in the home of single mum and secret voyeur Zoe Sterling (Alexandra Roach). Zoe’s windows command a panoramic view of Westbury Square, and more importantly provide a direct sightline into the home of missing primary-school teacher Gemma Hillman (Amy Wren) and her boyfriend - and prime suspect in her disappearance - Greg Sullivan (Fehinti Balogun).

Harrow Season 1 (2018) - TV Drama Series
Aussie crime drama. I do like the main guy - Ioan Gruffudd. I've enjoyed seeing him in a few things before. I kind of dipped in and out of this one as the family worked their way through the first season. I liked it but I wasn't gripped.
From Wikipedia ....
Harrow is an Australian television drama series that stars Ioan Gruffudd as Dr. Daniel Harrow. The first series premiered on ABC on 9 March 2018, and consisted of 10 episodes. In May 2018, ABC renewed the programme for a second series, which premiered on 12 May 2019. In October 2019, ABC renewed the programme for a third series, which premiered on 7 February 2021.
Premise
Harrow tells the story of Dr. Daniel Harrow, a forensic pathologist with a total disregard for authority. He has an unfailing empathy for the dead which helps him solve even the most bizarre of cases. Willing to bend every rule, he is determined to give victims a voice and reveal the truth behind what happened to them. Meanwhile, a terrible secret from his past threatens him, his family, and his career. 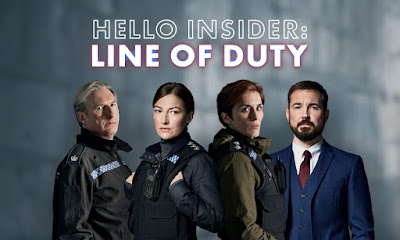 Line of Duty Series 6 (2021) - BBC Drama
Watched probably a month after the rest of the UK and I did well to avoid all the chat about the outcome, one which seems to have been regarded as a bit of a let down.
I was kind of disappointed with the last series, truth be told, so maybe my expectations weren't too high this time around. I enjoyed it and I probably think the ending was the most realistic way of closing the show.
My take - the establishment does what the establishment does ... find a patsy and shut things down, status quo maintained ..... move along, nothing to see here. Turkeys don't vote for Christmas.
From Wikipedia ...
The sixth series of Line of Duty, consisting of seven episodes, began broadcasting on BBC One on 21 March 2021. The story follows the actions of AC-12, led by Superintendent Ted Hastings (Adrian Dunbar) and DI Steve Arnott (Martin Compston), as they investigate DCI Joanne Davidson (Kelly Macdonald) and her team, including former AC-12 officer DI Kate Fleming (Vicky McClure)
Posted by col2910 at 23:38