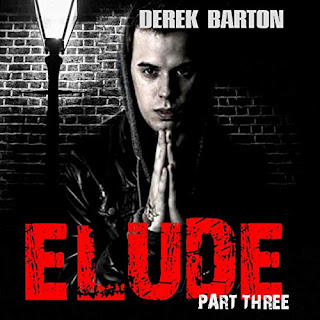 Synopsis/blurb ....
Stepping blindly into a horrific murder scene, a young ex-con, Vicente Vargas, must flee from the police while eluding the real killer who continues to pin more bodies on him in this intricate cat-and-mouse game. Cut off from all friends and family, tried and convicted by the press, Vic must survive on his wits and cunning on the gritty streets of Phoenix, Arizona long enough to clear his name.
Hmm ... an okay conclusion to a short episodic series of three from Derek Barton. An ex-con and an innocent young teenage girl get set up for murder and more in the first episode. A detective on the case(s) is haunted by dreams and is a bit too suspicious of all the convenient evidence against the pair. Something smells fishy and it's ..... telepathy and mind control from a gang of sibling crims. I was disengaged from this point onwards.
I quite liked the main characters and the quandary they were thrown into, but wasn't thrilled by the path the author went down. I think I can tolerate a supernatural, unexplainable element in my reading if I know that's what I'm getting into from the start. The series gave off a crimey- thrillerish vibe at the get go and I was disappointed not so much by where it ended up, but how it got there.
Plenty of action which I like, as well as a decent setting of Phoenix, Arizona. Fast-paced and an ok outcome. Overall some likable bits, overshadowed by some elements that served to throw me out of the story.
3 from 5