May's best and brightest additions to the collection .... 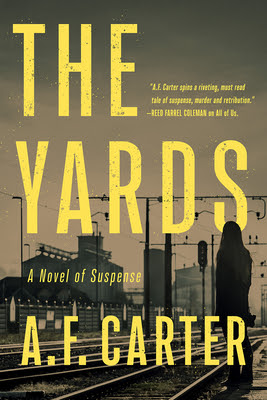 A.F. Carter - The Yards (2021) - Net Galley review copy
Another new author and I do like the premise of this one.
In this twisty crime novel, a hotel hook up gone wrong finds a single mother suspected of murder
Git O’Rourke is from the wrong side of the tracks—even if, in the depressed Rust Belt town of Baxter, it’s not always clear where that designation begins. A single mother, she works hard to support her daughter Charlie, but still finds time to cut loose every once in a while, to go to a local bar, drink martinis and find a companion for the night. Which is exactly how she ends up in a hotel room with a strange man passed out on heroin, and how she comes to possess the bag of money and guns that he left open as he got his fix.
When the dead body is discovered at the Skyview Motor Court, a bullet through its forehead, officer Delia Mariola is one of the first on the scene. She recognizes the victim as the perpetrator in an earlier crime—a domestic violence call—but that does little to explain how he ended up in the situation in which they find him. She knows he’s connected to the local mob, but the crime scene doesn’t exactly resemble their typical hit. Instead, all signs point to a pick-up gone wrong. Which means that all signs point to Git.
A twisted tale set in a tough town, The Yards is a multiple-voiced mystery with two unforgettable women at its core; its suspenseful, thrilling, and unpredictable plot will keep the reader guessing until the very last page. 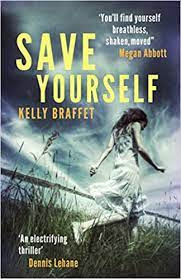 Kelly Braffet - Save Yourself (2013) - purchased copy
A kind of punt, but it came recommended.
When Patrick Cusimano's alcoholic father kills a child in a hit-and-run, Patrick is faced with a terrible choice: turn his father in - destroying what's left of his family in the process - or keep quiet. But can Patrick's brother, Mike, live with the choice that was made that night?
Layla Elshere was once a poster girl for purity. But when her evangelical father forces her to spearhead a campaign against her school, it compels her to question everything she's ever known. Now Layla is doing all she can to obliterate her past. Verna loves her older sister Layla, but as events begin to spiral, Verna must make the hardest choice: save the person she loves most in the world - or save herself.
Save Yourself is a stunning novel about power struggles and divided loyalties, and the way in which one terrible decision can alter the whole course of your life. 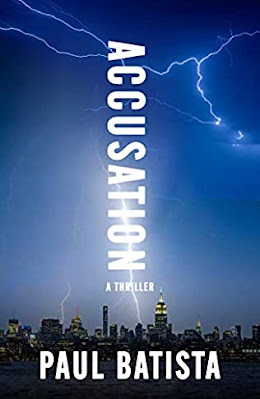 Paul Batista - Accusation (2021) - review copy from Edelweiss - Above the Treeline reviewer site
A new to me author and a legal thriller - the kind of book I like reading but don't try often enough.
An icon’s life implodes—at two in the morning
World renowned, revered actor Aaron Julian is awakened at two a.m. by his agent who informs him that he has been accused of sexual harassment. Young actresses will break the story on prime-time TV that morning—with their lawyer, the attorney who led the charge in the priests’ sexual abuse cases.
Aaron and his celebrity pop-singer wife, Veda, vehemently deny the charges, and hire powerful defense lawyer Raquel Rematti. But when the plaintiffs’ lawyer is murdered in Central Park, the stakes skyrocket and the conspiracies spiral out of control.
Despite revelation after revelation, Aaron continues to proclaim his innocence. And in his defense, Rematti uses every tool in the legal system to produce courtroom drama that is unparalleled.
The outcome—impossible to predict—is guaranteed to stun and to linger with you for a long time.
Fans of John Grisham and Scott Turow will devour this cutting-edge thriller 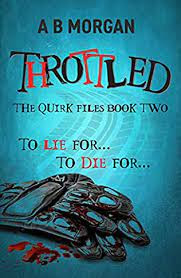 A B Morgan - Throttled (2021) - review copy from publisher Hobeck Books
I've tried the introductory book, Old Dogs Old Tricks to Morgan's Quirk series and enjoyed it. Throttled is the second full length series novel after Over Her Dead Body. I've some catching up to do.
Scott Fletcher is dead – his lifeless body in a pool of blood.
Sarah Holden’s life is turned upside-down the day she is discovered with her fiancé’s body next to the motorbike he’d been working on. She has blood on her hands, but the screams do not come.
If she didn’t kill him, then who did? 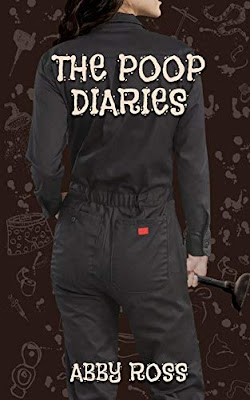 Abby Ross - The Poop Diaries (2020) - purchased copy
A speculative punt and probably a different kind of book from my norm. Not to be read while eating, I think.
"Disgusting, hilarious, and scary..." –Chicago Tribune
"Stories from plumbers that will make you smile, giggle, and laugh out loud." –Arizona News Independent
They come into our homes. They see us in our most fragile moments. Plumbers are a fixture in our lives. When a toilet clogs, a faucet leaks, or a sewer line plugs, we call those unsung heroes, desperately seeking help. They scoop out our poop and pull underwear, toothbrushes and cotton balls out of our toilets, doing whatever it takes to get the job done.
On a late Wednesday evening, after my toilet clogged, I asked our plumber to share his top five “greatest hits.” The stories were so hilarious, I had to share them with the world. The Poop Diaries features true stories told by my plumber, and many other plumbers, about the most memorable service jobs they have worked on and most unique people they have helped. Whether it’s nudity, rats, fake vaginas, dildos, snakes, weapons and so much more, these plumbers have seen and smelled it all. 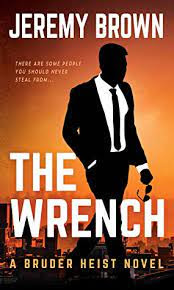 A new to me author and from the blurb my kind of book and author. The Wrench is the first in a series. The second is The Box, soon to be followed by The Wake.

When you steal from people who pull the trigger instead of calling the law, you’d better be good at it. Bruder is the best.

Bruder is a career master thief, an apex predator hijacker who takes what he wants from people who would never turn to the cops for help. His jobs are planned down to the second, pulled off with a professional crew he knows and trusts.

And all of that doesn’t mean a damn thing when the plan makes first contact with the job...

When Bruder sees the chance to steal a couple million in untraceable Wall Street bonus cash, he moves fast to scout the job and put the crew and plan together.

But the money belongs to a group of people you don’t steal from—ever. The heist turns into a bloody killing ground, testing loyalties and pushing Bruder’s abilities and instincts to the brink. And whoever holds the money will owe a debt that must be paid in blood, a debt telling Bruder exactly how much his life is worth.

The Wrench is the first book in the gritty Bruder Heist Novels. If you like professional hard case criminals with a relentless focus on pulling off the job and getting away with it, join the crew and buckle up.