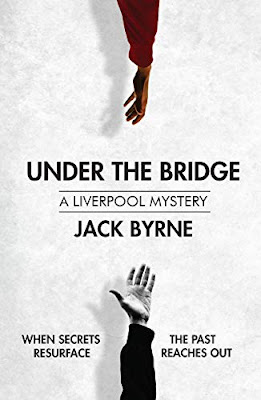 Synopsis/blurb ....
WHEN SECRETS RESURFACE THE PAST REACHES OUT...
2004
The discovery of a body in the Liverpool docklands unearths long forgotten secrets. Reporter Anne McCarthy is keen to prove herself and dives into the case with abandon. There she finds Michael, an old Irish caretaker who knows far more than he’s letting on and may have a connection to the body.
Vinny Connolly is starting a postgrad degree, researching Liverpool’s migrant history and a burgeoning Scouse identity. But Vinny has been neglecting his own family history and stranger Michael might know about his father’s disappearance in the 70s.
1955
Escaping poverty in Ireland and fresh off the boat, Michael falls in with Wicklow boys Jack Power and Paddy Connolly, who smuggle contraband through the docks, putting them at odds with the unions. While organisers rally the dockworkers against the strikebreakers and rackets. A story of corruption, secret police, and sectarianism slowly unravels.
But will the truth out?
As the conflict heightens, Michael questions the life sprawling out ahead of him, while in the present, Anne races to solve the mystery, but is she prepared for what she’ll find?
Under the Bridge is a really engaging, enjoyable novel. There are a lots of facets to it which I really liked..... Irishness, identity, loss, and a murder mystery at heart.
There's a multiple timeline aspect to it. 2004 is our present day in the novel when an unidentified body is found on a building site. We hark back to the mid-50s and spend time in the company of a loose group of Irish immigrants, involved in some slightly dodgy stuff on the Liverpool docks. The story expands to follow some of these chancers on and off through to the 70s.
In the present day, our two main characters are friends Vinny and Anne. Vinny works a zero hours contract at a retail shop, while trying to pull together a pitch for a Masters degree - his subject, post-War Liverpool and Scouseness. Anne is a junior reporter itching to get her teeth into a big story. The puzzle of an old body, death by unnatural causes might be the making of her.
I liked the flip-flop style of the narrative, backwards and forwards in time. I enjoyed the investigative angle into the mystery, with the police, or more accurately one detective in particular on-board and with more than a keen interest in Anne. I liked the merging of the past and the present with security man Michael, grudgingly giving up his secrets to Anne and Vinny. There are a lot of blanks concerning Vinny's past and his father who disappeared one day when he was a boy. It's an uncomfortable subject for him and one which is the elephant in the room whenever he gets together with his mother. Michael offers a tangible link to his past and his absent father. There's also the discomfort of knowing that his own relationship with his son from a broken relationship is in danger of similarly vanishing into nothingness.
I really enjoyed how the author introduced facets of Liverpool's history and past into the story. Several of the snippets dropped were surprising to find out. I've often heard Liverpool referred to as the capital of Ireland, but Byrne reflects that it hasn't always been a welcoming place for immigrants, despite the popular mythology that the city espouses.
Other information drops concerned .... worker's rights, unions, militancy, class, Irishness, Chinese deportations, the Troubles, smuggling, Special Branch, sectarianism, Antony Gormley and his artwork, the Orange Order, St Patrick's Day parades - or the absence of, industry - the rise and fall of, re-generation, relocation, the loss of community. There's never any sense of information over-load as the author skillfully blends the city's secrets into the narrative. Liverpool is as big a character in the book as any of the combatants or allies.
Setting, story, character, pace, outcome, information - all ticks in the box.
Overall, a really entertaining and satisfying read. 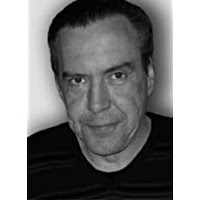