A couple from author Megan Abbott this week. 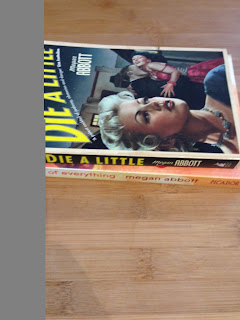 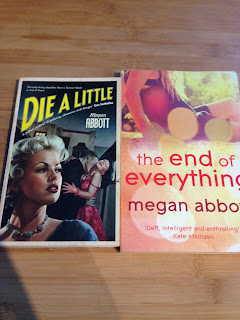 Abbott is the author of nine novels in total, thus far and I've only ever heard good things about her books. I have three I think on the TBR pile, but have never read her. More fool me, I reckon 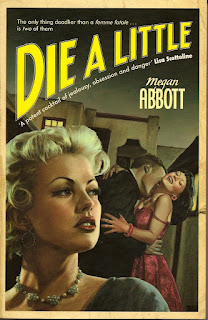 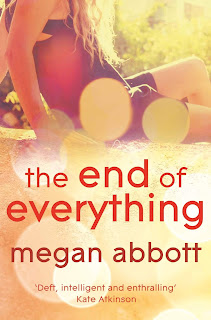 Thirteen-year old Lizzie Hood and her next door neighbor Evie Verver are inseparable. They are best friends who swap bathing suits and field-hockey sticks, and share everything that's happened to them. Together they live in the shadow of Evie's glamorous older sister Dusty, who provides a window on the exotic, intoxicating possibilities of their own teenage horizons. To Lizzie, the Verver household, presided over by Evie's big-hearted father, is the world's most perfect place.

And then, one afternoon, Evie disappears. The only clue: a maroon sedan Lizzie spotted driving past the two girls earlier in the day. As a rabid, giddy panic spreads through the Midwestern suburban community, everyone looks to Lizzie for answers. Was Evie unhappy, troubled, upset? Had she mentioned being followed? Would she have gotten into the car of a stranger?

Lizzie takes up her own furtive pursuit of the truth, prowling nights through backyards, peering through windows, pushing herself to the dark center of Evie's world. Haunted by dreams of her lost friend and titillated by her own new power at the center of the disappearance, Lizzie uncovers secrets and lies that make her wonder if she knew her best friend at all.