A couple this week from US novelist Stona Fitch. Deja-vous another author who sits in the burgeoning book collection but has never been read. 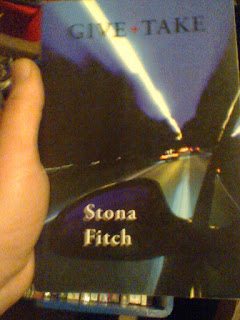 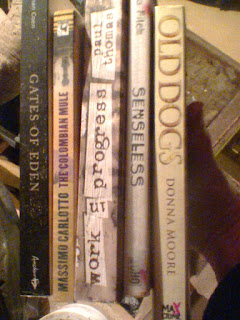 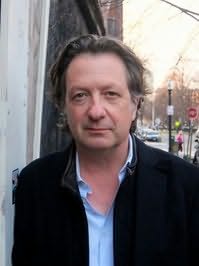 Senseless, at a guess has sat ignored for at least ten years, Give + Take a lot less, seeing as I can't recall buying it new. Fitch has another couple of novels to his name, which if I'm honest don't hold any great appeal for me at all - Strategies for Success and Printer's Devil.

His two most recent book are Boston based crime novels published under the pseudonym of Rory Flynn - Third Rail and Dark Horse - much more my cup of tea.

From Fantastic Fiction website...... Stona lives with his family in Concord, Massachusetts, where he is also a committed community activist. He and his family work with Gaining Ground, a non-profit farm that grows 30,000 pounds of organic produce each growing season and distributes it for free to Boston-area homeless shelters, food pantries, and meal programs. 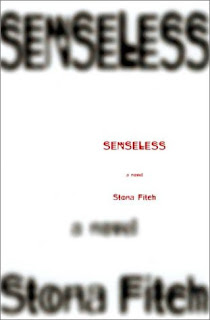 American economist, Eliott Gast is a man who treasures the finest things that life can offer - fine food, a good bottle of wine, beautiful music. Until the day that he is abducted in Europe by a shadowy and extremist anti-globalisation group. Eliott is held hostage for forty days, and each moment of his incarceration is broadcast on the internet. His captors inform him that his eventual release depends on the votes - and donations made to their cause - of the millions of people who are watching this most disturbing of reality shows. As Eliott battles to understand why he has been chosen, he unearths sins both small and large. Over the course of his captivity, Eliott is deprived of each of his senses, one by one - deprived of everything except the choice of whether or not to survive. 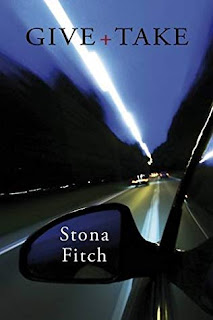 An unholy marriage of the classic American road narrative combined with the slyest moments of Thomas Pynchon, Give + Take is one part caper, one part social satire. Disillusioned after years of conspicuous consumption, jazz pianist Ross Clifton has become a talented thief, robbing from the rich to give to the poor. But when his teenage nephew, Cray, turns up to join him, his life on the road is turned upside down. Between his nephew's criminal aspirations and Ross' romance with an enigmatic singer, his grifter lifestyle is about to be in serious jeopardy.

Fast, furious, and felonious, Give + Take races along to a thrilling climax.