A few more from the library in storage......

I'm a big Larry Brown (RIP) fan, probably not a crime fiction novelist per se , but a literary writer whose work has a lot of criminality in it - Southern Literature. I loved Dirty Work. Joe was also turned into a fine film with Nicholas Cage

"Brilliant . . . Larry Brown has slapped his own fresh tattoo on the big right arm of Southern Lit." - The Washington Post Book World

Joe Ransom is a hard-drinking ex-con pushing fifty who just won't slow down--not in his pickup, not with a gun, and certainly not with women. Gary Jones estimates his own age to be about fifteen. Born luckless, he is the son of a hopeless, homeless wandering family, and he's desperate for a way out. When their paths cross, Joe offers him a chance just as his own chances have dwindled to almost nothing. Together they follow a twisting map to redemption--or ruin.


A bit of non-fiction. Pretty sure I read this years ago, but can recall diddly about it. I'll enjoy a re-read then at some point.

A distinct line exists between right and wrong. Some people never dream of crossing that line. Others cross it willingly . . . At nineteen, Bobby Nauss joins the Warlocks Motorcycle Gang and plunges into a life of crime. At 2:30 a.m. on December 12, 1971, he has sex with his girlfriend. At 3 a.m. he kills her and disposes of her body. As time passes, four teenaged girls are kidnapped, raped, and murdered. Because their bodies are found in or around the Tinicum Marsh, they become known as "The Marsh Murders." The victims share three things in common - sex, drugs, and an association with members of the Warlocks. It takes the mobilization and galvanization of local, county, state, and federal law enforcement agencies across the country to deal with the outlaw bikers and determine who did what, where, and when. Born to Be Wild is a true story of rape, murder, and deception. The book drags you into the misogynistic world of outlaw motorcycle gangs, places you behind prison bars, and pins a badge on your chest to pursue the bad guys. Justice takes twenty years to reach Bobby Nauss.


Ninth book in the Quarry series by Max Allan Collins. I do like my hitman books!

The sequel to "The First Quarry" and "The Last Quarry." When a pair of warring crime families each hires the same hit man to knock off the other, the man in the middle finds himself in a very dangerous spot.

Wyatt snatches the cash easily enough. He bypasses the alarm system, eludes the cops, makes it safely back to his bolthole in Hobart.It's the diamond-studded Tiffany brooch - and perhaps the girl - that brings him undone. Now some very hard people want to put Wyatt and that brooch out of circulation.But this is Wyatt's game and Wyatt sets the rules - even if it means a reckoning somewhere far from home.Port Vila Blues is Wyatt's fifth heist. It's faster than ever, racing towrads the inevitable confrontation on a clifftop above the deceptively calm waters of Port Vila Bay."In a murky world where the cops are robbers, old-style crim Wyatt positively shines. Clear taut writing - not a word wasted."Marele Day"...tough, violent, relentless and thoroughly convincing"Stuart Coupe

Fifty years old this one, though I don't think I've had it on the TBR pile that long - maybe 20? I've enjoyed a few from the late Harry Crews with a load more on the pile as well as this one. Another Southern Lit author.

When a local boy returns to Enigma, Georgia as a successful gospel singer, the townspeople, who idolize him, begin to attribute him with healing powers he knows he doesn't have. 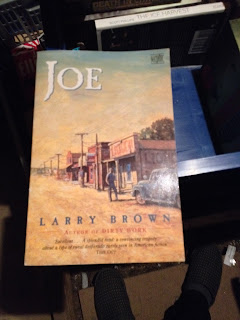 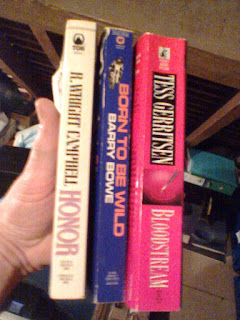 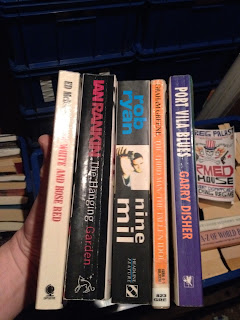 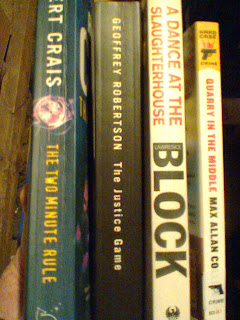 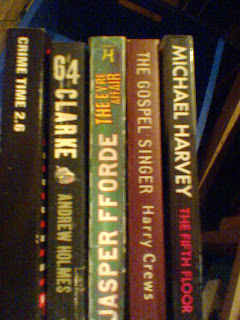