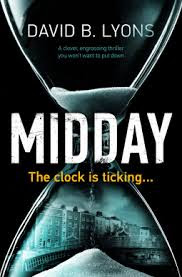 Are you looking for a fast-moving, intricate psychological thriller? Then you'll love the unmissable Midday.

When his alarm goes off at 7 am, bank manager Vincent assumes he is waking up to a regular working day. He couldn’t be more wrong.

Minutes later, one of the most ambitious heists in Dublin’s history is underway — and Vincent finds himself at the centre of it.

While his boyfriend Ryan is held at gunpoint by two aspiring gangsters, Vincent is tasked with entering the vaults of the four branches he manages to steal two million euros from each one.

If he doesn’t return by midday with all of the money, Ryan will receive a bullet to the head.

As each minute ticks by, it becomes clear all is not as it seems.

But just who is calling the shots?

And can Vincent make it back in time to save his boyfriend’s life?

The clock is ticking.

Midday is an explosive psychological thriller which will have you on the edge of your seat. It will appeal to fans of authors like; Claire Mackintosh, Mark Edwards and Adam Croft.

"Well-written, captivating and gritty to its core" - Bookstormer

My first taste of David B. Lyons work (okay, it might be his debut novel!) but after this one definitely not my last.

An €8 million heist novel with a difference, set in my long ago home town of Dublin. I do like my tales of robbery and deceit and this one is very tasty.

I like the way our tale is presented. We have alternating chapters giving us the perspective of each of our four main players.

J.R. is the robbery mastermind and the eyes and ears on Vincent.
Vincent is the bank manager tasked with removing two million from each of the bank branches he controls, after an unexpected early morning visit from Darragh.
Darragh is J.R.'s accomplice in the robbery. Not the sharpest tool in the box, his job is to babysit, Ryan - Vincent's stay at home kept-boyfriend.
Ryan, a lover boy and loafer. Now a hostage.

Vincent has a deadline of midday to deliver the eight mil or Darragh gets to shoot Ryan in the face.

Over the course of the tale, we get back stories and histories, involving love, loss, grief, crime, drugs, murder, family, career, ambition and the lack of and plenty more.

Very tense in places, especially as the deadline approaches.

Very funny in others.... Ryan having a tommy tank in front of the telly, his money shot coinciding with a camera cutting from the sexy presenter Susanna Reid to Piers Morgan's ugly mug. Darragh yet again is the source of some amusement as the deadline passes and the caper reaches a climax. 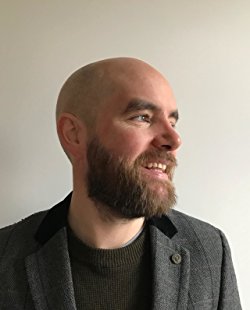 The book I also found quite reflective and sad at times. Grief is an emotion pretty much everyone has to encounter. Disgust and outrage was felt at others. Plenty of secrets revealed and a twist which I kind of anticipated - as in I felt something was coming, but knew not what and which I still found fairly audacious.

David B. Lyons has his author Facebook page here.