QUESTIONS AND ANSWERS WITH STEVE BREWER

Steve Brewer is one of those authors who I ought to read more from but other books and everyday life interfering with my reading prevents me from doing so. That said in February I managed to read and enjoy Shotgun Boogie (on the blog yesterday here) and Homesick Blues (on the blog tomorrow). 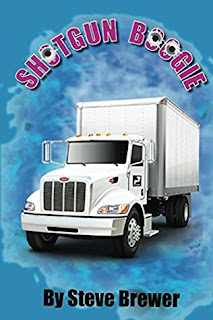 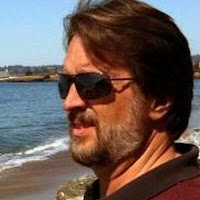 I teach a class or two each semester at the Honors College at the University of New Mexico, but I consider myself a full-time novelist. I haven't had a regular job since 1997. Before that, I worked 22 years in daily journalism, at the Associated Press and two newspapers. The AP brought me from Arkansas, where I grew up, to Albuquerque, where I met my wife Kelly. We've been married 34 years, and she's been super-supportive, carrying on a full-time career in journalism and public relations while I tended the house and our two (now-grown) sons.
What’s your typical writing schedule?
I usually work from 10 a.m. to 4 p.m. or so.  It feels luxurious, after years of getting up at 4 a.m. to write.

When you have an idea and you sit down to construct your story – do you know what the end result is roughly going to look like? Are you a plotter, or do you make it up as you go along?
I'm a plotter. I make an outline of 20 pages or so, and use that as the road map for the first draft.
I’m halfway through Shotgun Boogie, the first in your Jackie Nolan series, with the subsequent book – Homesick Blues -- on the pile waiting. Typically how long from conception to completion do your books take? (I've since finished both)
I usually write the first draft in a burst, in a month or two, and then spend six months or more on rewriting and polishing. SIDE EYE, a standalone which came out last summer, was an exception. Even though it's a very short novel, it was particularly difficult. I blasted the first draft out in a month, then spend 10 MONTHS fixing it.
Without any spoilers, is that Jackie’s adventures done and dusted or is there more in store for her and the reader in the future?
I may write another Jackie book. I haven't decided yet.
I believe you have been writing and getting published for nearly 25 years now, ever since your first Bubba Mabry mystery – Lonely Street in 1994? Does it get any easier as time goes by? 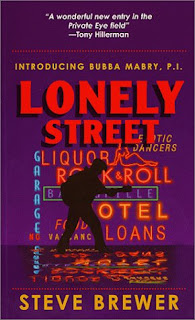 Not really. Every novel is a new puzzle to solve. But you gain confidence as you go along.
You’ve around 30 books, give or take to your name – nine with a series character a PI named Bubba Mabry, your two Jackie Nolan’s, a couple of Drew Gavin’s and a ton of standalones. Is there one of your books you are more proud of than the others? Which would you press into the hands of a new reader?

Allow me to mention two: LONELY STREET, my first Bubba book, which was made into a 2009 Hollywood comedy, and BANK JOB, which is currently under development by the same filmmaker. I love both of those books. 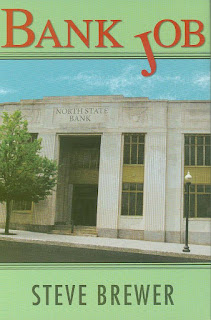 What’s been the most satisfying moment of your writing career so far?
Hanging out on the set when they were filming LONELY STREET in late 2006. It was before we knew the film would go straight to DVD, and all seemed possible.
With regards to Bubba, the last story dropped in 2012, are you done with him or is there any prospect of a comeback for Mabry?
I might write one more Bubba book to make it an even 10. We'll see....
I think I first discovered your work under the pseudonym of Max Austin and the Duke City books, was there a story behind publishing under a new moniker?  Again are you done with Duke City adventures or is there scope for more?
That was a three-book deal with Penguin Random House's Alibi imprint, and my editor there was fired, so I think Max Austin is done. Truth is, I was writing those unrelated books anyway, and we just lumped them together under the Duke City titles and Max Austin pen name. My then-agent and the publisher thought it might jump-start my career to use a pen name. Hahahaha. 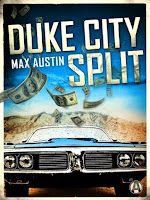 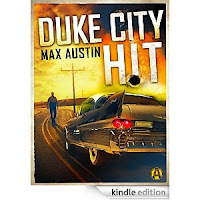 Is there a secret to your longevity and prodigious output? Any advice to up and coming writers?
I really enjoy writing, and I'm stubborn as hell. I've been pretty terrible at the business end of things, because I've always poured my attention into the work. As for advice, I go with Elmore Leonard: "Try to leave out the parts that people tend to skip." 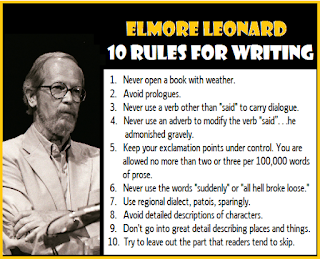 What’s the current project in progress?
A funny crime caper called COLD CUTS, which comes out via Amazon in May. It's about people who smuggle bologna across the Mexican border. I kid you not.
Who do you read and enjoy?

My heroes are Elmore Leonard and Donald Westlake/Richard Stark, but I try to keep up with what's current in crime fiction, too.

Favourite activity when not working or writing?
I listen to a lot of music, especially jazz. I watch American football and basketball on TV.
In a couple of years’ time…