A couple from Dana King this week. 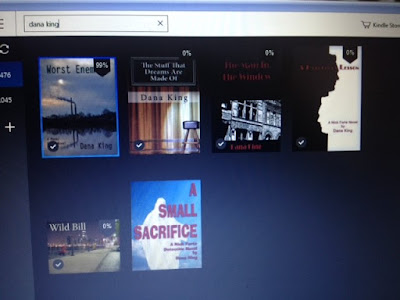 I bought three of his books back in 2013, eventually read one in 2017, bought another three thereafter, because Worst Enemies was absolutely amazing. In between times, a publisher sent me another one of his, followed by accessing an eighth novel on Net Galley.

I'm scratching my head why I'm annoyed at not having his latest - Bad Samaritan - even though I'm seven books behind already!

Worst Enemies was one of my best reads in 2017, time to read something else by him. 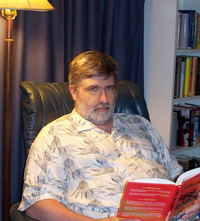 Dana has a blog here and Facebook Author page here. 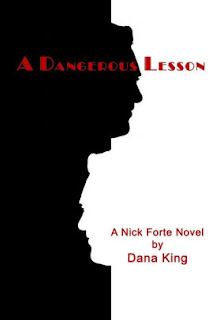 Chicago Private Investigator Nick Forte’s official task is to find out what he can about Jennifer Vandenbusch’s new suitor, who fails to measure up in the eyes of the family matriarch, Jennifer’s grandmother. This seems par for the course for Forte, as his personal life has been leading him through a series of men who treat women badly, though none nearly as badly as the Thursday Night Slasher. Forte lives on the fringes of the investigation run by his old friend Sonny Ng until elements of Forte’s case and life dovetail with the Slasher investigation, leading to Forte discovering more about the crimes—and himself—than he wanted to know. 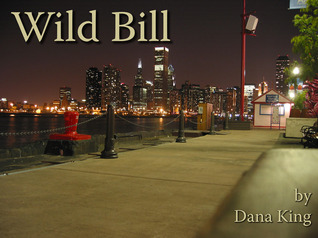 Will Hickox is a decorated FBI veteran with a legendary ability to cultivate informants, much closer to retirement than to the days when he earned the nickname “Wild Bill.” Operation Fallout should cut the head off of the Chicago mob and provide a fitting capstone to his career. When Outfit boss Gianni Bevilacqua dies and the resulting war places Fallout in jeopardy, Hickox does what he can to save it, and his retirement plans with his lover, Madeline Kilmak.

Wild Bill examines the stresses of Operation Fallout from the law enforcement, criminal, and personal perspectives, as Will and his peers fight to keep the investigation afloat amid the power struggle between Gianni’s son and elder statesman Frank Ferraro. Torn between wanting closure to the investigation and starting his retirement, Hickox weighs the dangers of involving himself and Operation Fallout in the war, blurring the line he walks with his informants. 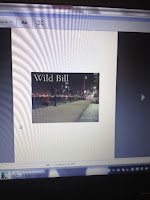 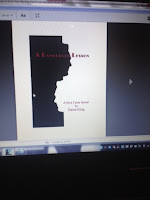