RIDING SHOTGUN AND OTHER AMERICAN CRUELTIES is a unique collection of quirky, Tarantinoesque crime novellas, representing three very different sub-genres. In the first story, "Easy-Peezy," a band of elderly Old West bank robbers return to their wicked ways robbing banks in the 1930s John Dillinger era. The second story, "Riding Shotgun," is a bitter tale about a man pushed to the limits of human endurance and forced to take up arms to protect those he loves. The third tale, "$crilla," is an urban crime fantasy in which a fledgling hip-hop group kidnaps a record mogul in the hopes of finally making the kind of loot they've always dreamed of.

An enjoyable collection of three novellas which has me noting down Andy Rausch as an author to keep an eye out for, but not one where I’m going to chase down everything he’s already published.

Easy-Peezy is a who’s who of early 20th century bank robbing with Emmett Dalton coming out of retirement to revive his earlier career. In his second coming he hooks up with a couple of other old-timers and tries to show Baby-Faced Nelson and John Dillinger how to take down a bank with a bit of panache. Not everything goes to plan. There’s a bit of humiliation in store where Nelson enables Dalton to escape when a stick-up goes wrong. There’s further trouble in Chicago when the geriatrics rob the wrong bank, one holding some mob money and there’s a predictable bloody demise when the Feebs eventually catch up with our oldies.

I must admit, I wasn’t too sure if Dalton was an invention of Rausch as I hadn’t heard of him before. His name doesn’t have the same level of notoriety as Nelson and Dillinger. (Not this side of the pond anyway.) Apparently he was a real life criminal and a relative of the Younger brothers who rode with Jesse James. An interesting man who in addition to the bank-robbing, dabbled in acting, wrote books and sold real estate. He survived 23 gunshot wounds in a raid gone wrong, one which saw him jailed for life and pardoned after 14 years.

Riding Shotgun sees a mystery writer forced into committing murder in order to secure the release of his daughter, who has been kidnapped. As an indication of the gang’s seriousness, our man – Joe Gibson witnesses his wife’s murder. Gibson carries out the deed, then finds himself at the mercy of a vengeful relative of his victim. A temporary truce and pact is sown as the pair track down those responsible and the mastermind behind the scheme, before turning on each other.

$crilla sees a falling out between artistes and their record label. Not all disputes end up in a conference room and a negotiated settlement. Some result in scheming, kidnap, missing person investigations and a climactic bloody brutal gunfight.

Lots to like about all three of these stories. There’s violence, gun-play, plenty of death, elements of humour and old-man grumpiness and in the case of Easy-Peezy an intriguing blend of historical fact and fiction. Decent stories with plenty of pace, enough development of character and unusual
scenarios. Never a dull moment. 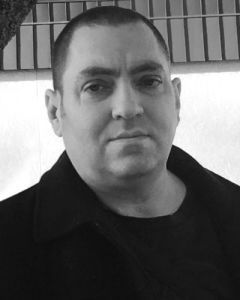