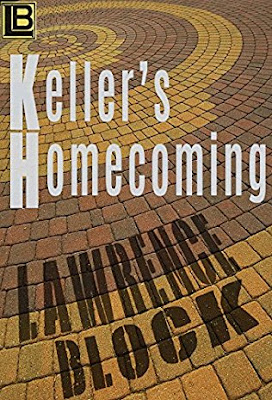 Keller, an introspective fellow, was always your basic Urban Lonely Guy. He collects stamps. He used to have a dog, until the dog walker walked off with him. Then he soldiered on alone.
It's his profession that sets him apart. He's a hit man. He kills strangers for a living.

In the fourth Keller novel, HIT AND RUN, Keller's whole life in New York came to an abrupt end; by the time he'd sorted things out, he was married and living in New Orleans, with a kid on the way. And now, for the first time since the substance hit the fan, he's back in New York—once his home, and now the most dangerous place on the planet for him. And his job is impossible. He has to break into a monastery in the middle of Murray Hill and kill the abbott.

This edition of KELLER'S HOMECOMING (which was incorporated into the book Hit Me) includes as a bonus the opening sequence of another Keller adventure, KELLER'S DESIGNATED HITTER.

Keller’s back on New York soil and constantly looking over his shoulder. Events in a cliff-hanger episode previously enjoyed, but as yet unexplored in the full-length Keller novel – Hit and Run saw New York too hot to handle for our loveable assassin. His contract is to dispose of a man of the cloth, one who is tightly cocooned in a monastery.

There’s a few thrills along the way as Keller chances revisiting an old haunt, where the staff remember him, seating him at the same table and serving up his usual meal – slightly worrying as he already feels as if he is walking around with a big target on his back. We walk by our old apartment and visit a stamp auction, getting a bit of an education on long-expired states and countries. Who would have thought philately could be so interesting? 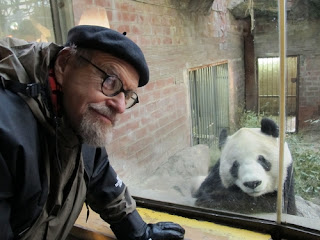 We have a touch of the absurd where Keller wrangles a meeting in a sauna with our target. Instant strangulation and a hasty escape clad in just a towel isn’t feasible. Again our man, eventually solves a difficult conundrum.

I think Lawrence Block could entertain me with his shopping list.