A couple from Marshall Karp this week. 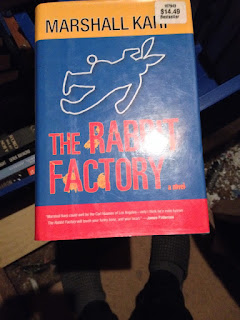 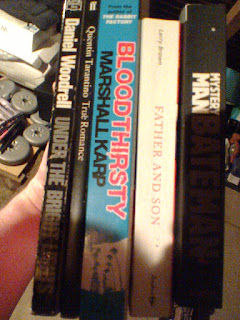 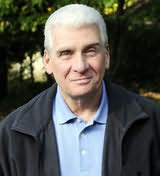 I have a habit of spotting books I like the sound of, buying them and then never actually getting around to reading them. Marshall Karp is another author whose books have fallen between the cracks in the collection.

Karp went on to write another three in this series as well as collaborating with James Patterson on the NYPD Red series of books.

I may have bought the third in this series - Flipping Out, but because I've not finished cataloging my collection yet (I'll get back to it one day), I'm not sure. Two should do me for now anyway! 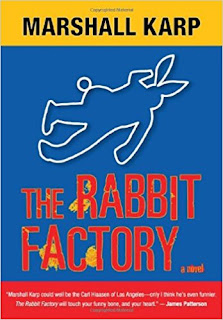 The hilarious and suspenseful introduction of Detectives Mike Lomax and Terry Biggs.

Welcome to Familyland, an offshoot of Lamaar Studios. Once a small, Southern California animation house, it has grown into an entertainment conglomerate encompassing movies, television, music, video games, and a sprawling theme park.

When an actor portraying Familyland's beloved mascot, Rambunctious Rabbit, is brutally murdered on park grounds, Lamaar executives are worried that the idyllic image of '50s America represented in Familyland will be shattered. They ask Mike Lomax and his partner Terry Biggs, the LAPD detectives assigned to solve the case, to keep the circumstances surrounding the death of their mascot quiet.

When a second Lamaar employee is killed, Lomax and Biggs uncover a conspiracy to destroy Familyland and settle an unknown vendetta. Still under pressure to keep the case away from the public eye, the detectives are met with a third murder - and an outrageous demand: Anyone who associates with Lamaar - employees, customers, anyone - will be killed.

Bringing a fresh duo of cops to the thriller set, The Rabbit Factory is both suspenseful and satiric, a taut mystery wrapped in sharp, comedic prose. 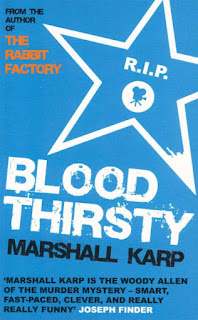 Barry Gerber, one of the most hated men in Hollywood, is a no-show for a red carpet event. The next morning he turns up dead, killed in such a bizarre way that neither Detectives Mike Lomax nor Terry Biggs nor anyone in Forensics has ever seen anything like it before. Two days later, the prime suspect - another despised show-business bad boy - is found murdered in the same sadistic manner.

The list of suspects then becomes as long as the credits in a summer blockbuster. Everyone hated the murdered men. Biggs jokes that this could be an elaborate public service effort to make Hollywood a better place to live and work. But he and Lomax soon find that all jokes are off as they wade through a daunting number of leads to uncover who will be the next victim. What they stumble upon is a motive far more primal than they had ever imagined.