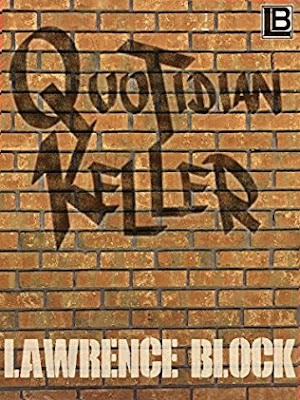 What best defines a man. His profession? Or his passion?

Keller's profession is murder for hire. He kills strangers for money.

His passion is philately, which is to say that he's a stamp collector.

Once he'd planned to retire from his profession. But how would he fill his time? He wound up returning to his boyhood hobby of stamp collecting, and it promptly ate up much of his retirement fund.

So when a man in Detroit hires him to dispatch another Detroiter, Keller's up for it. Only problem is it has to be done right away, and Keller's got plans for the weekend. He's flying out to San Francisco to attend a philatelic convention and take in an important stamp auction. (Well, important to Keller, if not to you or me.) How can he be in San Francisco and Detroit at the same time?

Turns out he doesn't need to. Because the target will be making the same trip. His name is Sheridan Bingham, and he's a prominent philatelist specializing in issues of the German States, and he'll be in San Francisco, exhibiting some of his stamps at the convention, and bidding in the very same auction as Keller.

Besides being a collector and a killer, Keller is an unqualified Guilty Pleasure for an ever-increasing number of readers. "I don't think I ought to like Keller," readers tell me. "But I can't help myself..."

Quotidian Keller is an extended episode in the third Keller novel, Hit Parade.

The last of the 10 single episode releases from Lawrence Block with Hitman Keller – and I’m kind of glad. Not because I’m tired of reading about him, just because I’ve exhausted my supply of superlatives. Deja-review – deja-vous.

I’ll take Block’s word for it, it’s harder to kill a man once you’ve got to know him.  Lots to like again – an hour or so in the company of a stamp collecting, amiable soul and friendly fellow. One who just happens to be very good at killing, though as usual a bit of lateral thinking is required to ease the passage of our victim into the next life.

Top banana author – top banana tale. Try him for yourself and see.

One minor quibble, I had no idea what QUOTIDIAN means. Block showing off or me an ignoramus?

quotidian
kwɒˈtɪdɪən,kwəʊˈtɪdɪən/ adjective
1. of or occurring every day; daily.
"the car sped noisily off through the quotidian traffic" 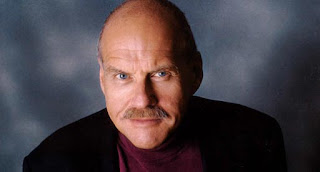