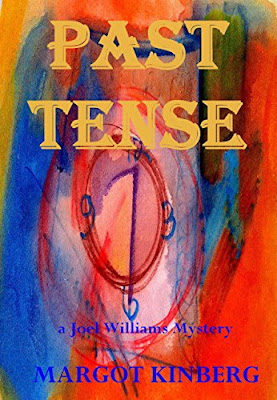 Past and present meet on the quiet campus of Tilton University when construction workers unearth a set of unidentified bones.

For former police detective-turned-professor Joel Williams, it’s a typical Final Exams week – until a set of bones is discovered on a construction site...

It’s 1974, and twenty-year-old Bryan Roades is swept up in the excitement of the decade. He’s a reporter for the Tilton University newspaper, The Real Story, and is determined to have a career as an investigative journalist, just like his idols, Bob Woodward and Carl Bernstein. He plans to start with an exposé article about life on the campus of Tilton University. But does everything need to be exposed? And what are the consequences for people whose lives could be turned upside down if their stories are printed? As it turns out, Bryan’s ambition carries a very high price. And someone is determined not to let the truth out.

A bit of a change of pace for my first time around the block with Margot Kinberg and her part-time sleuth Joel Williams.

No violence, no real profanity, no punch-ups or fisticuffs - on the face of it not my typical kind of book. However, I really enjoyed it and it made an interesting and enjoyable change for me.

Human remains are discovered on Tilton University campus and after a bit of investigation into old missing person reports, a provisional ID is confirmed - Bryan Roades - a student and cub reporter for the University paper.
We travel back in time trying to unearth reasons why anyone could have wished Bryan harm, re-awakening buried memories in family, friends and an old lover.

I did like how the past was slowly revealed through police interviews with witnesses and the unearthing of memories stored in an attic with Bryan's sister. With the story Bryan was working on and facets of his personal life revealed there are several suspects for his murder. A second murder of one of the witnesses interviewed, indicates that the guilty party is panicked and that his or her secret was in danger of discovery.

I liked the pair of lead detectives investigating the case Donna Crandall and Ron Zuniga. They worked well together as a team, despite this being their first big case together - one of them is a newbie. I was kind of surprised at the limited involvement of Williams in the mystery. His presence is crucial, but the investigation doesn't revolve around him which was entirely plausible. His inquisitive nature and his ex-cop's nose does prove key.

Kinberg also effectively portrays life on campus, albeit one that is kind of on a wind down with it being Finals Week, followed by the summer break. There's resentment and jealousy apparent between some colleagues as well as an inflated ego or two - much like workplaces all over I imagine.

I did kind of get a feel for who the guilty party was quite early in the book and despite other rationales and scenarios and potential suspects paraded a little bit later on, I stuck with my initial hunch which was correct. Guessing the guilty didn't mar my enjoyment, it kind of offered me some affirmation of my detective skills.

Lots to like and enjoy. Best book ever - no, but I was fully immersed in the story and at over 400 pages long it was a fairly quick read.

Margot Kinberg is the author of two previous Joel Williams books - Publish or Perish and B-Very Flat. Her latest and the fourth in the series - Downfall - drops tomorrow. 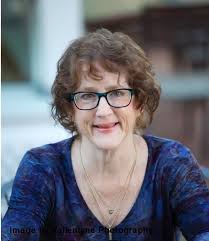 I have Downfall on pre-order and fully intend to read more from the series.

Margot's website/blog is here
Catch her on Twitter - @mkinberg