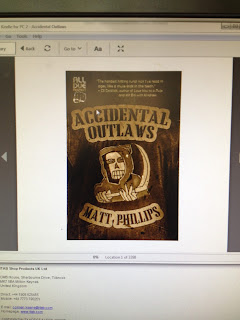 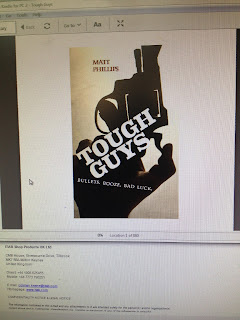 A couple from Matt Phillips this week. His Accidental Outlaws only just dropped last week and the other is a collection of short stories - Tough Guys which have been on the device a while. 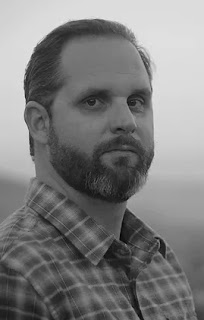 I've previously enjoyed Redbone from him - a few thoughts on that one here and still have Three Kinds of Fool and Bad Luck City to get to. Maybe I should read them instead of just blogging about them.

I'm not sure which of his work this Grant Nicol (author of The Mistake, On a Small Island, and Out on the Ice) quote applies to, maybe all of them..... 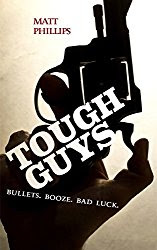 These tales––written in terse and urgent prose––delve into the dark underworld of drifters, gangsters, wannabe hoods and small town folks in slippery situations.

Here's a taste of what you'll find in Tough Guys, an entertaining collection of stories:

Apprentice: Ronnie might be a truck driver, but he's something else too... A hitman.

Room Number Six: Frank just got out of prison and he's not too happy to find his wife in bed with a prison guard. What's he gonna do?

No Sé: Hector has been a gangster his whole life. He's rock hard. But this hard-hearted gangster just met his match––a six-year-old girl named Charlotte.

Last Shift: Everybody has a breaking point. For Sandy, a waitress at an all-night diner, her breaking point might be tonight. A slick crook picks her up from work, but Sandy's luck means this guy is up to no good. Will Sandy, the thin little blonde with three-inch heels, finally snap?

You Ever Hear About War Dogs, Sam?: Hayes is a small-town kid who works at a discount store.

What's his future? The U.S. Marine Corps. But when Hayes gets back, he's a little bit different. 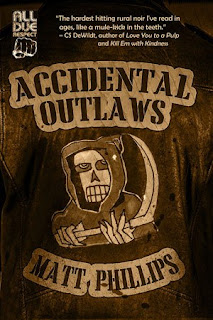 Three linked crime novellas that follow working class antiheroes as they indulge in theft, murder, and lawless shenanigans. Ain't no cops running things out this way.

In "Mesa Boys," Ronnie plots a haphazard heist with a twisted con man. In "The Feud," tough-as-nails Rex lets his resentment for a local pot dealer cloud his judgement. And, in "Bar Burning," a mysterious drifter goes toe-to-toe with his new lady's psychotic ex-husband.