One of Shirley Jackson's most famous stories - The Lottery. Read it for free here.

It's the only thing of hers I've ever read having got rid of a few of her books years ago in a moment of madness - The Haunting of Hill House and We Have Always Lived in the Castle. Doh! 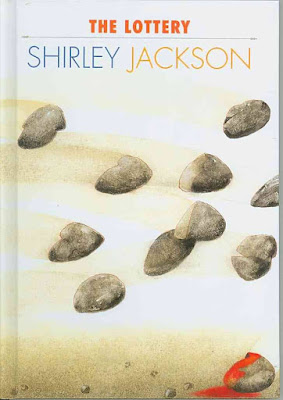 Liverpool crime enjoyed earlier this year - here. Preceded by A Tapping at My Door. 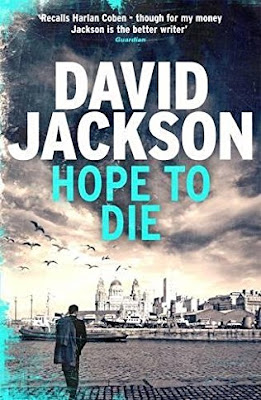 There was a hate in this killer. A thirst for obliteration rather than a mere desire to end a life . . .

A brutal murder takes place in the grounds of a Liverpool cathedral. A killer is on the loose, driven by a chilling rage. The victim: the last person you'd expect to be subjected to such terrible violence. Can DS Nathan Cody crack the case before another innocent is chosen?

Bought for my wife a few years ago, she hasn't read it yet, neither have I. It's the third in a New Orleans set series. I'm not rushing towards it to be honest. 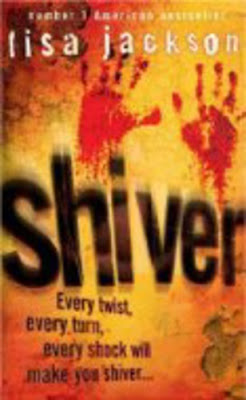 Detective Reuben 'Diego' Montoya is back in New Orleans. Thanks to years of working with the dark side of society, his youthful swagger is gone, replaced by straightforward determination. He'll need it, because a serial killer is turning The Big Easy into his personal playground. The victims are killed in pairs - no connection, no apparent motive, no real clues. Somebody's playing a sick game, and Montoya intends to beat him at it.

His only lead is the ex-wife of one of the victims. Abby Chastain is a woman haunted by painful secrets. Twenty years ago she watched in horror as her mother, a patient at the Our Lady of Virtues Mental Hospital, plunged through a window to her death. Abby has always dreaded that she too would one day go insane.especially now, back in this town, where she's begun to feel watched, as if the devil himself is scraping a fingernail along her spine. Something about Abby - her spirit and her honest fear - gets to Montoya. His gut tells him his prime suspect is innocent, just like it's telling him there's something significant about the once-grand hospital now decaying in a gloomy thicket of ancient live oaks. Abby Chastain can help unlock the mystery - if only Montoya can get her to trust him enough to face the ghosts of her past.

As more bodies are found in gruesome, staged scenarios and the FBI moves in, Montoya's in a desperate race to find a killer whose crimes are getting more terrifying, and closer all the time. Plunging deep into a nightmare investigation will uncover a shocking revelation - a deadly connection between Abby and Montoya and an asylum where unspeakable crimes were committed, evil once roamed free, and a human predator may still wait. For the past is never completely gone. Its sins must be avenged, its wrongs righted. And this time Detective Reuben Montoya may pay the price.

Much more my cup of tea - the first in a ten book series featuring Detective Sergeant Mulheisen. Published in 1977, the series runs through to the 10th published in 2004 - No Man's Dog. 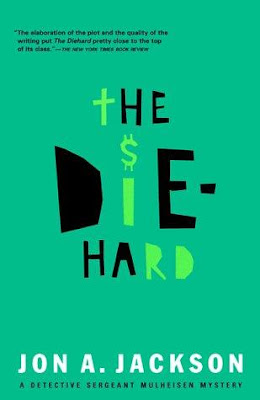 
I used to enjoy Dave White's Jackson Donne short stories in the early 2000s and have a bunch of them stuffed somewhere in a load of book-ish papers.

He gravitated to the long form with When One Man Dies in 2007, a book I read and enjoyed in the pre-blog days. I bought this one new when it was published in 2008, but haven't read it yet.

He's since published a further three Jackson Donne novels, plus a collaborative effort with Alex Segura, plus other stuff. 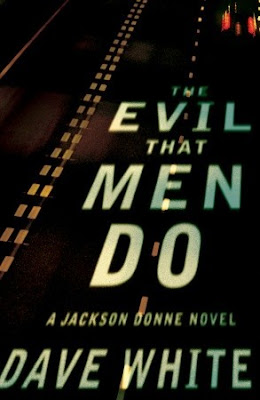 Even generations later, you can't escape. . .the evil that men do.

Stripped of his private investigator's license and slumming it as a night security guard at a Jersey storage facility, Jackson Donne thinks he's finally hit rock bottom. Then the bottom really falls out: The sister he hasn't seen in years shows up, needing help.

Turns out Donne's Alzheimer's-stricken mother has begun hinting at long-buried family secrets from her hospital bed, suggesting a sinister-even murderous-past. Meanwhile, Donne's relatives are suddenly being greeted by blackmail, car bombs, and bullets to the back of the skull.

All Donne wants is to disappear-preferably into a nice frosty pint glass-but he soon realizes that his only chance at saving his family, and himself, is by solving a mystery more than sixty years old. Now he needs to figure out how a hit man, crooked cops, corrupt politics, a kidnapping, and the city of Bayonne all fit together. He'll discover that old family secrets still have the power to kill in this razor-sharp PI story that makes classic noir new again.