A Wind of Knives is a 20,000 word novella about a quiet rancher in Civil War era Texas, Daniel Hays, who emerges from an alcohol-soaked haze to find his sole ranch hand (and lover) has been lynched—hanged by party or parties unknown. Left with virtually nothing but his failing ranch, Daniel takes it upon himself to seek out those responsible for his lover’s death, experiencing puzzling new relationships along the way, including repeat encounters with a ghostly coyote that leads him to the final stop on his odyssey for revenge.

"A Wind of Knives dusts off the classic western’s most enduring motifs and gives them a shine. With no lack of gunplay and bloodshed, the book also has heart and intelligence. In short, Kurtz delivers an intense, gritty, and moving story that takes a new look at the Old West."
–Lee Thomas, Bram Stoker Award and Lambda Literary Award-winning author of The German and Ash Street

“Many Westerns have explored the theme of revenge, but few have done so as provocatively as Ed Kurtz’s A Wind of Knives. And certainly none have approached it in quite the same way. On its surface, this is a familiar story: after his lover is brutally murdered, farmer Daniel Hays seeks revenge. The difference, from the start, is Daniel’s lover is… was… a man. And in Texas during the Civil War, justice for the slaying of a ‘sodomite’ is not a priority for the law. “But if switching up gender roles in an otherwise traditional Western was all A Wind of Knives offered, it would be thin gruel. Kurtz gives us much more than that—sympathetic characters skillful plotting, and most notably a moving and insightful meditation on love and loyalty.”

It's been a while since I read a Western or some crime fiction with hats so it was a bit of a change from my recent reading. Also my first time with author Ed Kurtz and one that's been on the Kindle for a while.

No really startling or stunning prose which gave me pause, but a decent tale of a man seeking revenge for the brutal slaying of his ranch hand and lover; the mutilation of his corpse an additional source of pain for our bereft farmer, Daniel Hays.

Initially seeking assistance from the law, Hays discovers that his and the victims relationship deems the murder a non-crime. A sodomite getting no less than he deserved - a fast-track to the fires of hell.
Treated with disdain, Hays seeks revenge and justice on his own.

It was an interesting story with Kurtz providing an unusual twist on a familiar Western theme. The author injects a lot of emotion into a relationship which was more than just a physical release for both men. You feel Hays pain and sense of loss and his determination and refusal to allow the act to go unpunished. 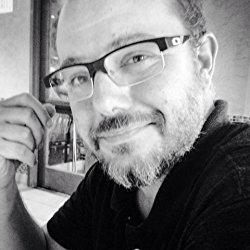 There are a few twists and turns and a few more characters we meet along our journey. I enjoyed it and was happy enough at the outcome. Nothing else from Kurtz sits on the pile, but I'd be keen to read more from him in the future.