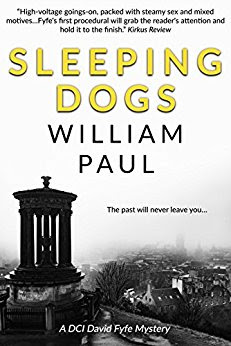 Investigating crime; it’s amazing what you dig up…

David Fyfe is a dog lover with a wife and mistress to support and an ambition to retire early. His present lifestyle is complicated enough before past indiscretions come back to haunt him.

Once a gung-ho investigator of murderous criminals and violent crime, Fyfe has been taken off the frontlines and reassigned to the low-profile Fraud Squad — mistakes from years earlier conspired to condemn him to dull work that he doesn’t much enjoy.

His enforced distance from solving murders bothers him particularly at the moment, as a series of seemingly drug dealing–related murders in the city is all anyone can talk about.

When Chief Constable Sir Duncan Morrison asks him to look into the several hundred thousand dollars missing from the Catholic Church’s accounts, Fyfe expects the job to be little more than soothing the Archbishop’s worries — only to discover that things are considerably more complicated than they first appear.

As he begins his investigation into the licentious Father Byrne and the accused embezzler Father Quinn (Byrne’s superior), Fyfe begins to find evidence that link the corrupt priests to racketeering kingpin Gus Barrie…and an armed robbery that occurred nearly a decade previously.

For Fyfe himself, the spectre of the past rises with not only the reappearance of his ex-lover Sylvia, whose impending marriage throws him for a loop, but the return to British soil of the beautiful Angela — a sexy widow whose acquaintance he first made in the aftermath of the robbery ten years earlier.

But this time Angela has blood on her hands and a million pounds in unmarked notes stuffed into her luggage.

Blimey, if I'd read the blurb in the first place I probably wouldn't have had to bother reading the novel. Only joking, I did enjoy this one, though it seemed to read a bit longer than its 190-odd pages.

A robbery gone wrong, a dead gangster, a nine year jail sentence for his partner, missing money, an imminent release, a fornicating priest, a remote monastery, a sentimental crime lord, a gay judge, an ex-lover, a not so merry widow and a disinterested detective - what's not to like?

I was entertained throughout. I enjoyed how most of our current day events could be traced back to one decision which hinged on the mood of a relatively minor character.....wheels within wheels.

Plenty of humour, plenty of human interest as I was asking myself what would I do in the situation our Detective David Fyfe finds himself in. Fyfe as a jaded policeman is good company throughout. 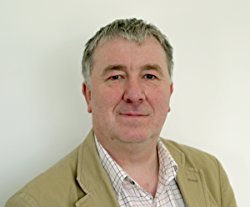 Sleeping Dogs was originally published in 1994, so no mobile phones, no amazing gizmos or technological aids to rely on with the investigation and advance the story. We just have a good but not too old-fashioned tale.

William Paul is a Scottish author and has written two other tales with David Fyfe - Sleeping Partner and Sleeping Pretty, as well as a few other novels. I'm hoping to read more in the series.