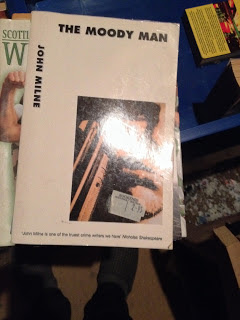 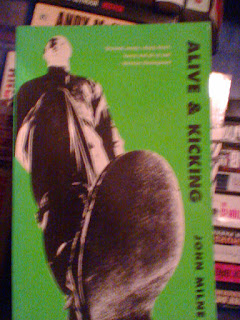 A couple from the army of tubs currently in storage, tub 28 and tub 67. Admittedly John Milne isn't an author I have yet tried but I took a shine to this series of four Jimmy Jenner books published in the 80s and 90s. I bought all four and never read any of them - go figure!

From his page on Fantastic Fiction John Milne was born in the 50s is British and is still with us. He has had seven, possibly eight books published with the last about 10 years ago, though I don't know if that is accurate as I can't find a copy of Dead Right available anywhere. 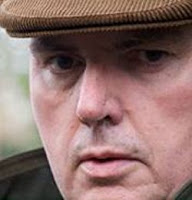 Amazon offers a bit more detail on him....John Milne was born in Bermondsey, 1952 and trained as a painter but only after false starts as a policeman and a factory worker. He lives in Bradwell on Sea, Essex. He is the author of Dead Birds, The Moody Man and Daddy's Girl. His TV scriptwriting credits include: Bergerac, Eastenders, Lovejoy, The Bill, Boon, Taggart, Wycliffe and Silent Witness. He won the 1998 Edgar Award for an episode of Silent Witness. 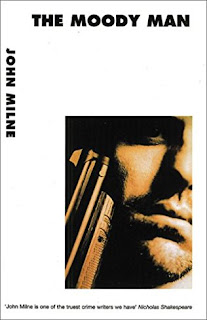 When Jimmy Jenner goes to the home of a former fellow policeman who he hasn't seen for eight years, he finds an open door, a blaring stereo, and a trail of blood leading to a dead young woman. 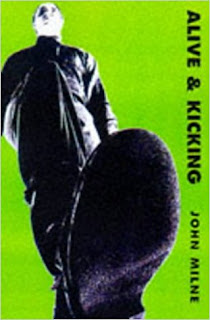 Gangster Tommy Slaughter was ambushed in 1968, reputedly on the orders of a pimp. Thirty years later, private eye Jimmy Jenner is working on a divorce case. When someone tries to murder a man who looks like Jenner, the pimp gets his eyes shot out and the subject of Jenner's "divorce enquiries" is killed. Suddenly Jenner realizes he is a catalyst in these events. And so he begins to question his own past, particularly the accidental death of his brother Joe, 30 years earlier. Joe was a minor criminal, a peripheral member of the circle of South London gangster, Tommy Slaughter. Was Joe’s death what it seemed at the time? The answer may explain the violence now closing in on Jimmy Jenner.