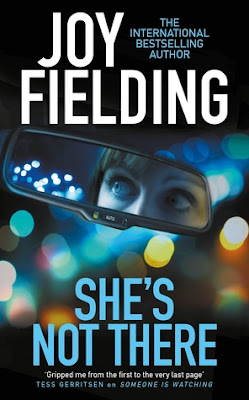 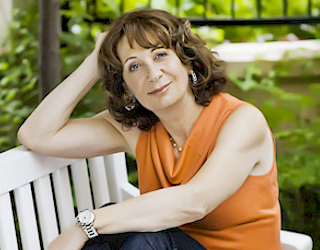 Joy Fielding is an author I have heard of but have never read.

She has written over a dozen novels, though in truth I would struggle to name one. I tend to beat myself up at least once a month over my lack of reading enough female authors, so an opportunity from publisher Bonnier Zaffre to read this one ought not to be declined, even if psychological suspense isn't my main thing either..


The blurb for She's Not There advises…..

'I think my real name is Samantha. I think I'm your daughter.'

But could this stranger really be her daughter? And what happened all those years ago to make her vanish without a trace? As Caroline pieces together the events of that ill-fated holiday, she begins to question whether the answers could lie dangerously close to home . . .

'Fielding at her finest. Readers will not be able to put it down' Booklist

“Did I tell you that Jerrod got us tickets for Dance with the Devil?”
“What’s that?” Caroline snuck a glance in the direction of her suite and then at her watch. She pushed away what was left of her lobster dinner, which was most of it. She was too nervous to eat. It was almost time to check on the kids.
“They were fine when I checked on them thirty minutes ago,” Hunter whispered. “They’re fine now. Finish your meal.”
“Dance with the Devil? It’s only the hottest show on Broadway. It’s impossible to get tickets, especially on Thanksgiving weekend. But Superman here managed to do it.” Rain threw a proprietary arm across her husband’s shoulders, sneaking a smile in Hunter’s direction.
“So you’ll be spending Thanksgiving in New York,” Becky said. “Lucky you.”
Rain smiled. “What are you guys up to?”
“My mother always has Thanksgiving dinner at her place,” Steve said, providing Becky with the perfect opening, and wondering if she’d take it. She’d been vacillating all day, threatening not to go through with their plan.
“You can just imagine how much I’m looking forward to that,” Becky said, following Steve’s lead. She knew what was at stake, that the men her husband was dealing with weren’t the type to look kindly on a sudden change of heart. One man was already here in Rosarito, having flown in by private plane earlier in the day, and was at this very minute waiting patiently in the lobby with the special carrying case.
You don’t piss these people off, Steve had warned her.
Still, she wasn’t sure she could go through with it. No matter how hard she tried to rationalize what they were about to do, no matter how many times she told herself she had no choice, she didn’t know whether she was capable of inflicting such pain on a woman with whom she’d once been close.
Still, what choice did she have?
Steve glared at his wife, silently urging her to keep it simple. It was important that they start slow and build. Their spat had to sound like just another one of their endless arguments. Which should be easy. It seemed that all they did anymore was fight. “Let’s not start.”
-----------------------------------

Thanks to Emily at Bonnier Zaffre for steering me towards this one.