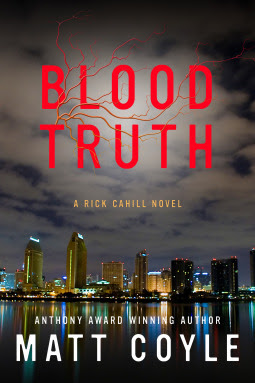 Rick Cahill has long feared the truth about his own blood - the blood of his father coursing through his veins.

When a long-hidden safe unlocks clues about why his father was kicked off the police force twenty-seven years ago and then spiraled into an early drunken death, Rick determines to find the truth even if it proves the one thing he's always feared.

But as he grapples with his father's past, the woman he still loves pleads with him to find out if her husband is having an affair - or is involved in something much more sinister. Could the truth send her back into Rick's arms? Would he have a last shot at happiness? He may never get the chance to find out, as killers who will do anything to protect their secrets lurk in the shadows.

My second Matt Coyle read this month and the fourth time overall in the author's hands with his PI Rick Cahill. Another entertaining read and one which I enjoyed slightly more than the last one, Dark Fissures.

There's an intriguing premise at play when Cahill gets access to his late father's hidden safe and subsequently a bank deposit box that has been kept active for the near 20 years his father has been dead. Cahill has unresolved issues with his late father, an ex-cop and one who he shunned after he was drummed off the police force under a corruption cloud. Cahill Snr. turned away from his family and towards the bottle.

Two things come to light, dirty money and a gun with probable links to an unsolved murder in La Jolla, pre-dating his dad's exit from the force. Rick seeks affirmation that his father was responsible so he can finally close the dark chapter on his memories.

In the meanwhile, Kim Parker, the only women he ever loved since his wife died needs help. She's pregnant and the man she married, on the rebound after Rick pushed her away thinks her husband is playing the field. With marital infidelity, Rick's investigative specialty takes the gig.

I really liked the twin strands of dual mystery, particularly with the differing time lines. I know elements of the past and an overhanging threat to Rick's freedom irritated me in the last book, but not so this time.

Excellent pacing, and a superb blending of past and present as the stakes are raised in our ex-girlfriend "damsel in distress" story line. The husband is soon looking at a life behind bars for murder rather than a divorce bill for cheating. Rick still the supportive ex, tries to prove otherwise.

I liked seeing more of Rick's PI colleague Moira MacFarlane in this one. She's a firm friend to our main man and the only one he has other than his dog. That elements of the La Jolla PD seem to be open-minded towards Rick, rather than openly prejudiced against him, after Chief Moretti has flown the coop are also a welcome change. 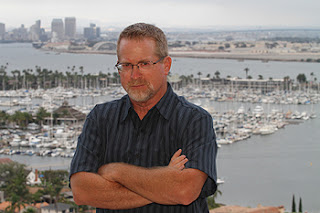 A fantastic read - superb pacing, a familiar setting, great characters, interesting cases needing a resolution, with Cahill a bit more inclined to accept help rather than playing the go it alone wolf all the time. There's a convincing conclusion, all questions answered and a bit of finality regarding some family issues. Probably the best book in the series.

Matt Coyle has his website here.
The previous books in the series are Yesterday's Echo, Night Tremors and Dark Fissures - click on the titles for links to previous posts on the Rick Cahill series.