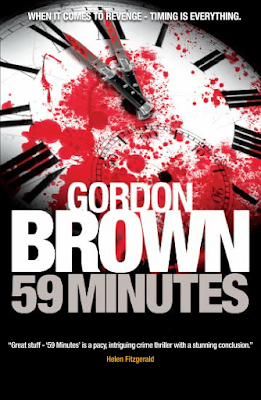 When it comes to revenge - timing is everything. Enter the world of a Glasgow criminal as he rises to become one of the most powerful crime lords in the UK, only to have it all ripped away from him. Imprisoned, then reduced to a life on the street, he becomes hell bent on vengeance.

Praise for this book

Another Scottish crime novel, this one with a dual setting of Glasgow and London with the odd side trip to Spain, plotting the rise and fall of a career criminal. I'm not sure if we ever actually learn his name, which isn't that important.

Shorne of close family, our man gravitates into burglary and messenger boy for a Glaswegian criminal, slowly moving up the food chain in the ranks of the underworld. Cunning, clever, strategic and not averse to a bit of physicality or decisive action, our man within a few years and notwithstanding a few bumps in the road ends up running the show.

Pride comes before a fall, a few missteps and a close lieutenant turning Queen's evidence and it disappears in a flash along with his freedom for 14 years.

Fast forward then and he's out..... can he get it back, or can he at least enact some measure of revenge on the nemesis who took it all away? Or is he playing another man's game? Or is there a final twist in the tail?

The structure of the book is a bit different. The first half has the 59 minutes as a ticking clock, which as we enjoy the back story of our man and his path upwards is dwindling away. He's in a bind and is giving us his life story, albeit incomplete as the clock runs out. The second part is in the form of an audio diary which he started using when he was striving for payback. The diary is transcribed and gives us the what happened next and leads us to our conclusion.

I enjoyed the tale, but in truth wasn't totally engrossed in things. I was interested in the outcome and was keen to see if our man gets his way at the death, but it was a book I could quite easily set aside for a day or so and read something else. It didn't nag at me to get back to it the instant I put it down. 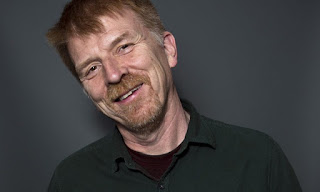 Enjoyable without being the best book ever.

Gordon Brown has his website here. Having the same name as a famous Scottish politician sees some of his books published as G.J. Brown. I have another of his to get to at some point - Falling.