John Ridley might be better known as the screen writer responsible for 12 Years a Slave as opposed to the half dozen or so novels he has written. 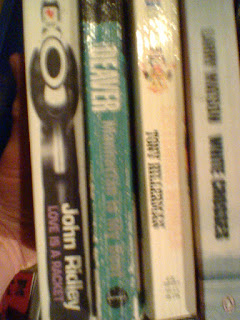 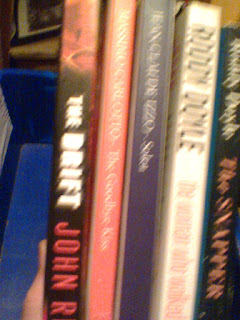 I read his book Everybody Smokes in Hell a few years ago and enjoyed it ( I think) and have these two bad boys buried in the tubs as well as his book U-Turn.

Everybody Smokes was read before the blogging days.... John Ridley’s Everybody Smokes In Hell was purchased after an Anthony Neil Smith blog-posting, either praising this book or one of his others. I definitely read this, and I can’t remember Jack-s*it about it. ......... while a few dim bulbs have lit up in my head; I still can’t recall the ending or my reaction to it generally......oh well, 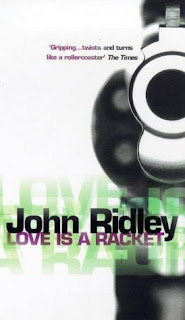 In his first novel since Stray Dogs, John Ridley offers up a brilliant noir farce about a small-time con man who finally gets it right just before it all goes wrong.

Everything's a racket for Jeffty Kittridge, a thirty- seven-year-old ex-wannabe scriptwriter living on the skids in Hollywood--the two-bit cons he pulls for spending money; the way he convinces himself that he's not a drunk between every shot of booze he kicks back; the way he tries to assure Dumas, the local shark, that he's just about to pay off his 15K debt . . . Except he's not good at any of that. He's been in jail twice (and the state's got a bad attitude about seeing someone the third time); that bug he just felt crawling up his neck is most likely the first installment of the DTs; and Dumas recently delivered a fairly emphatic payment-due reminder: a couple of his goons busted two of Jeffty's fingers. The fact is, Jeffty's a loser, big as they come, and things aren't about to change up for him anytime soon: "I would've felt . . . near terminally depressed," he tells us as his story begins to unfold, "but I was so used to my life all I felt was content."

Then he stumbles on salvation: a dirt-caked, street-hardened, exquisitely beautiful young homeless woman named Mona--Jeffty prefers to think of her as Angel--who inspires both his love and the idea for the perfect con. It's Jeffty's chance to hit it big, and to be set for good in his new life with his new love. "The thing about love," Jeffty declares, "is no matter how twisted, or wrong, or evil, it never dies." But as the momentum of the con carries him closer and closer to what he imagineswill be a moment of blissed-out consummation with his angel Mona, Jeffty discovers there are some severe exceptions to his rule.

Smart, edgy, caustically funny, Love Is a Racket puts John Ridley in a darkly comic league of his own. 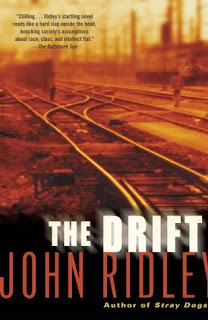 He is Brain Nigger Charlie, a train tramp eking out a ragged existence on the railroads, leaning on drugs to keep him from thinking about everything he had, everything his creeping dementia has forced him to run from.

Charlie's been asked a desperate favor: find the seventeen-year-old niece of the man who taught him how to survive the rails-a girl lost somewhere on the High Line, the "corridors of racist hate" along the tracks of the Pacific Northwest. Charlie has little hope of finding her alive, but the request is an obligation he can't refuse. The search is a twisted trail that leads from Iowa to Washington State, mixing lies and deceit, hate and hopelessness, and brutal, stubbornly unsolved murders. All of which Charlie is prepared to meet in kind. What he isn't prepared for is a path that will eventually lead him back to what he thought no longer existed-his own humanity-though the toll may turn out to be his life.

At once stunningly visceral and psychologically complex, furiously paced and deeply empathic, The Drift is John Ridley's most ambitious, most galvanizing novel yet. 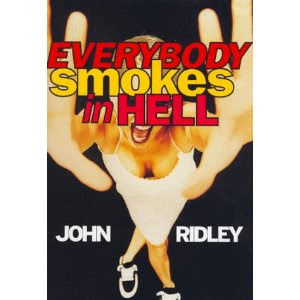