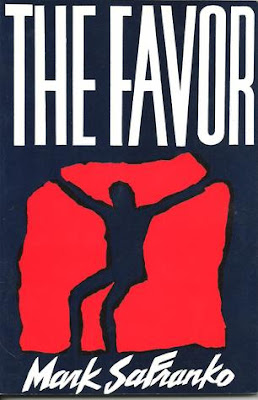 THE FAVOR is an economical, meticulously-plotted psychological mystery dealing with the events of a few weeks in the life of Timothy Biddle, a timid department store manager, who by dint of fated circumstance and his own weakness is involved in the commission of a serious crime. Set in suburban Philadelphia, the book also contains as a subplot the history of the tensions underlying Biddle’s pathological marriage and his abortive affair with a worker in his store. A series of flashbacks illuminates his childhood and leads to a highly unexpected denouement, which is inevitable but which will shock the reader.

Similar to the popular psychological mysteries of Georges Simenon, Patricia Highsmith, and others, THE FAVOR is, however, unique and startling.

Timothy Biddle is weak and subservient, both at home and in spite of a minor position of authority, at work. He silently suffers at home, quieted by “the look” frequently bestowed upon him by his wife, Berenice. They shop religiously on a set day, eat at the in-laws on a Tuesday, visit his father every other Sunday. Drudgery, routine and with a now pregnant wife his imprisonment for life, albeit in a cage without bars is assured.

Until at work one day, the dangerous Hunter asks for THE FAVOR. As assertive as the swaggering Hunter is, refusal doesn’t appear to be an option. Meekly Tim submits, though what he’s going to tell Berenice he has no idea.

Twelve hours later, Tim’s life (and that of Berenice) is irrevocably changed. Biddle has an awakening and starts to live the life, he’s only ever seen others embrace.

Drink, a dangerous liaison with a work colleague, a fecklessness towards work, despite the impending promotion and….. now that his gonads have dropped a not so subtle disregard for his spouse and her routines.

Hunter departs the scene unsurprisingly and in some haste - a matter of some anxiety to Biddle, once the penny drops and when Gina – his lunchtime squeeze tells him she’s moving on, Tim’s new-found assuredness slips.

The rains come and the unintended consequences of the night he did “the favour” are exposed. A dogged and determined detective won’t be shaken off. And when Berenice reveals her knowledge of his guilty secret, Tim’s back in a box…..and before too long, one with real bars.

Absolutely fantastic, short – 123 pages long, dark and thoughtful. SaFranko had me rooting for our mild-mannered manager and for a time he soared, until the inevitable fall.

There seemed to be a wider distance between himself and his surroundings. He felt the way he did two weeks ago when he was called to meet Trombino in Kravitz’s office, only this time his disembodied spirit refused to return to his body. It floated and hovered eerily, allowing to see himself as he really was – angry, broken, frustrated, humiliated. He hated each and everyone of them, and nothing would ever diminish the intensity of his emotion…. 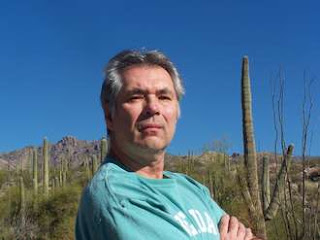 Mark SaFranko is an author, actor, painter, musician and composer. The Favor was his debut novel and was my first taste of his writing. There’s more from him on the pile.

The Favor was bought online a few years ago, source long forgotten.
Posted by col2910 at 00:10