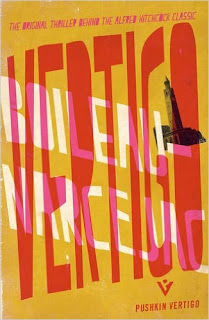 You're no longer in the police, but when an old friend asks you to look after his wife as a favour, how can you refuse? She's been behaving strangely, mysteriously - but she's dazzling. And so Flavières begins to scour the streets of Paris in search of an answer - in search of a woman who belongs to no one, not even to herself. Soon intrigue is replaced by obsession, and dreams by nightmares, as the boundaries between the living and the dead begin to blur.
This is the story of a desperate man. A man who ended up compromising his own morality beyond all measure, while the Second World War raged outside his front door. A man tormented by his search for the truth, and ultimately destroyed by a dark, terrible secret.

Set in war-time Paris, former detective Flavieres is asked by an old friend Gevigne to keep an eye on his wife. Something appears to be troubling Madeleine but her husband can’t put his finger on it.
Flavieres, a lawyer and a loner agrees and very soon becomes obsessed with Madeleine. Madeleine behaves strangely, visiting a graveyard, renting a hotel room for afternoon visits, penning letters but ripping them into pieces before attempting to drown herself. Flavieres rescues her and as a consequence his relationship with her becomes more intimate (not in a physical sense).

She is convinced that she has lived before, as one of her ancestors – Pauline Lagerlac - her great grandmother who committed suicide. The Paris narrative ends with the death of Madeleine falling from a high church tower in a town away from the capital. Flavieres again, overcome by vertigo is impotent and unable to prevent her sudden actions.

At this point in reading, I realised I had seen the film albeit some years previously. Long enough ago to have forgotten the outcome anyway.

The second part of our book, picks up four years later in Marseilles. Flavieres is still alone, his life revolving around his next drink. A chance viewing of a newsreel clip featuring DeGaulle in Marseilles and Flavieres believes he catches a glimpse of Madeleine as the camera pans the crowd.

Fantastic book, complex, convoluted plot but plausible enough or at least not too fanciful to require a suspension of belief. Flavieres is interesting as our protagonist; he’s neither loathsome or sympathetic, which is a clever portrayal and balancing act. Did I care about him and his outcome? Probably not, I was more interested in getting to the bottom of the book.

I’m tempted to re-watch the film soon. Vertigo the movie is set in the US unlike the book. I’m unable to remember whether the two – that difference apart – resemble each other closely or not. It’ll be interesting to check.

Vertigo has recently been republished by Pushkin Vertigo Press. Their website is here. A recent blog post highlighted their recent launch and mission statement. Here.

I received a copy of this from them.