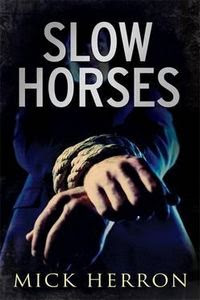 Let us be clear about this much at least: Slough House is not in Slough, nor is it a house...Slough House is Jackson Lamb's kingdom; a dumping ground for members of the intelligence service who've screwed up: left a secret file on a train, blown a surveillance, or become drunkenly unreliable. They're the service's poor relations - the slow horses - and bitterest among them is River Cartwright, whose days are spent transcribing mobile phone conversations. But when a young man is abducted, and it's threatened that he'll be beheaded live on the Internet, River sees an opportunity to redeem himself. Is the victim who he first appears to be? And what's the kidnappers' connection with a disgraced journalist? As the clock ticks on the execution, River finds that everyone involved has their own agenda ...And unless the slow horses can prove they're not as useless as they're thought to be, a young man's death is going to echo around the world.

'Mick Herron never tells a suspense story in the expected way, which is why his new novel, Reconstruction, reads as much like a puzzle mystery as it does a thriller ...unpleasant things are bound to happen, and they do - but not until Herron has finished surprising us . ..there is no hiding under the desk' - "New York Times".

I do like the espionage book…….intrigue, secrets, duplicity, danger, loners and consequences. This book just reaffirmed everything I love about this particular genre.

I could ramble on and reconstruct events and give a bit of the narrative, but I won’t. Suffice to say – absolutely bloody amazing. Character, plotting, pace……who is playing who here?

Jackson Lamb is probably one of the most interesting characters I’ve read about all year. A fat washed up alcoholic has-been….or is there more than meets the eye? Candidate for most useless boss of the year, until his boss starts messing with his team.

Interesting evolution of the "slow horses" during the course of the book, from isolated and insular and separated from each other at the start, to actually working as a unit by the end.

Dead Lions is the next in the Jackson Lamb – Slough House series. Can’t wait. 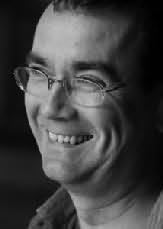 Bought copy – second hand a year or two ago.