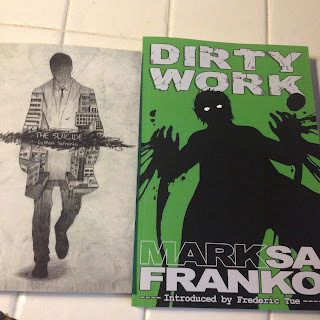 Mark SaFranko has been on my radar for a few years - ever since I crossed paths with Murder Slim Press.

I hoovered up a few of his books - ok all of them then..... Hating Olivia, Hopler's Statement, God Bless America.....and the others. But never found the time to read them so boxed them up.

Last month whilst sorting the tubs, I came across The Favor and thought - why not. A wise choice as it proved to be one of my best book's last month - review here. 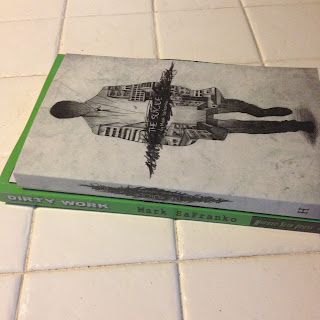 SaFranko composes, sings, writes, acts and paints..... and probably a few other things besides!

Four of his books are perhaps semi-autobiographical (if I'm wrong he might tell me!) and concern a recurring character - Max Zajack.
Probably not crime fiction but intriguing enough for me to rescue them from the buried books in the tubs when I find them.

2016 ought to be the year of the Max reading-wise! 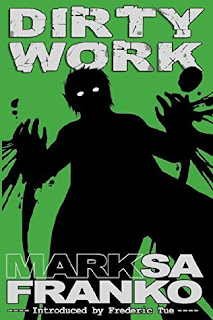 "Dirty Work" is the fourth of Mark SaFranko's series of Max Zajack novels and follows the critically acclaimed "Hating Olivia," "Lounge Lizard" and "God Bless America." "Dirty Work" is the bridge between "God Bless America" and "Hating Olivia." Max has left school and is searching for a steady job that gives him enough sanity to survive. . .and enough free time to write. Drawing comparisons to both "Factotum" and "Death on the Installment Plan", the novel charts Max's struggles to make cash and become a great artist. As he writes: "How often does a man love what he's doing? Once or twice in a lifetime if he's lucky. For the artist it's more complicated. He's absorbed in himself, in his own inner machinery. The external world, the realm of dollars and cents, isn't usually of much interest to him. . .I didn't know what I was. But was I an artist? Where was the evidence? Right then and there I should have gotten up and walked out. But I didn't. When I suffered, I tended to stay put and suffer more." 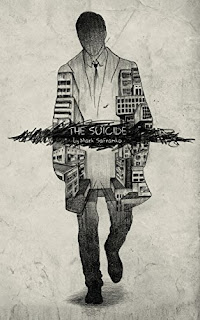 Hoboken: an amorphous, former street-fighting city, transformed into a chic high-rent neighbourhood full of disposable incomes and high aspiration. Police detective Brian Vincenti is charged with investigating the case of a young woman's suicide - or murder - after she falls from an 11th floor window in an up-and-coming district. Equally as haunted by his past as he is tortured by his present, Vincenti's journey takes us beyond the damp, stained streets of Hoboken's nightlife and into his own chaotic world.