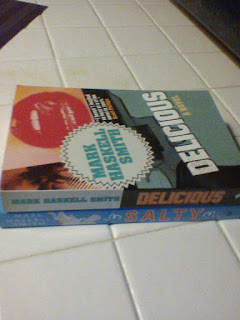 2 this week from author Mark Haskell Smith. I read his debut - Moist back in the pre-blogging days and enjoyed it enough to buy the next two books he published – these two.

I kind of forgot about him and his books, until I crossed paths with Raw on Net Galley back in 2013. Review here. 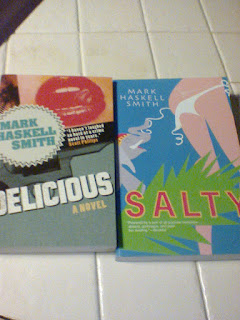 His books all seem to have comic caper and madcap adventure stamped across then, with fairly absurd plots as a pre-requisite. This isn’t everyone’s cup of tea, but we could all do with a belly laugh now and again. He reminds me a bit of Carl Hiaasen and that’s no bad thing.

His fourth book – Baked still eludes me, but I ought to read these two first before worrying about that little oversight.

In the past couple of years he has also published a bit of non-fiction; Heart of Dankness - on the competition to win Amsterdam’s Cannabis Cup – a pot-growing prize and the second – Naked at Lunch – a reluctant foray into the world of public nudity. With some first-hand research including a week’s naked hiking through Austria! You can’t say Smith doesn’t suffer for his art! 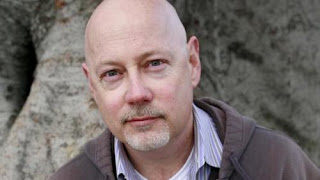 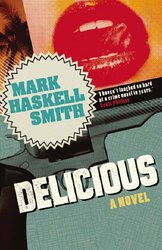 Welcome to sunny Hawaii, where the palm trees sway, the tropical breezes blow, and a gangland-style turf war is erupting. Joseph is one of the best chefs in Honolulu, but these days the opakapaka and ono aren't the only things heating up. When a TV producer flies to the islands to film a pilot, a fight-to-the-finish breaks out over who will cater the shoot. Will it be Joseph and his hotheaded Samoan uncle, who have held a monopoly on the catering business for years? Or Big Jack Lacey, a trash-talking, lap dance-addicted stroke survivor from Las Vegas and his milquetoast son, a young man who wants to be a missionary but doesn't know the position. As far as Joseph's family is concerned, this is an invasion on par with Captain Cook, only this time the mainlanders have to be stopped before paradise is lost.

Fast-paced and ribald, this uproarious and delectably dark comic thriller is a side of paradise that definitely hasn't been endorsed by the tourist bureau. 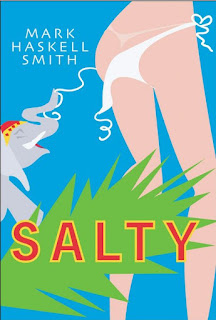 From the author of Moist and Delicious comes a raucous comic thriller where anything goes. Turk Henry, an overweight, unemployed rock star married to a supermodel, has discovered that Thailand is probably the last place a recovering sex addict should go on vacation, yet here he is, surrounded by topless groupies and haunted by the stares of hundreds of luscious bar girls. Turk's struggles with monogamy, however, pale beside a greater challenge when his wife is abducted by a group of renegade, shipless Thai pirates. As Turk, his life skills limited to playing bass and partying, navigates the back alleys of Bangkok and the deadly jungles of Southeast Asia to save his wife, Salty heats up and sweats bullets. Featuring skinflint American tourists, topless beaches, a hypochondriac U.S. government agent, suitcases loaded with cash, an overeager full-service personal assistant, a horny Australian commando, inventive prostitutes, and an urbane pirate with a fetish for alabaster skin, this is a hilariously entertaining, thoroughly debauched caper novel — with a happy finish.