‘I look into his eyes, hoping to see a glimpse of Dave Price in there. But Dave Price has gone so fuck him and fuck his family.’

Something needs cleaning and Terry’s calling in a favour, but Jacqui’s not about to put herself on the line for a debt she doesn’t owe.

Another new British author and a taster with this piece of short fiction which was acquired a year or two ago over on Amazon. It’s not there now.

A bit of bother in a launderette, with the Jack-the-lad son of neighbourhood villain, Terry Price assuming familial privileges, once offered to his father as his birth right. Our formidable and feisty washer-woman Jacqui sets him straight and in so doing, Triplow gives us a bit of Sarf London villainy and history, with a cameo from Charlie Richardson. 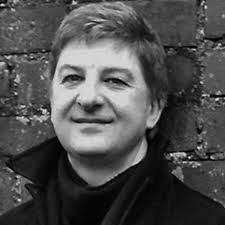 Along with the short, there’s the two opening chapters to Nick’s novel Frank’s Wild Years. A promising start to something that’s been sat on my kindle for a couple of years!

Nick Triplow has his website/blog here. There’s links to other short fiction from him on his website.

He's also authored non-fiction, including the intriguing account of a fishing communities' women - The Women They Left Behind.

Worth checking out, before deciding whether to plunge into FWY.