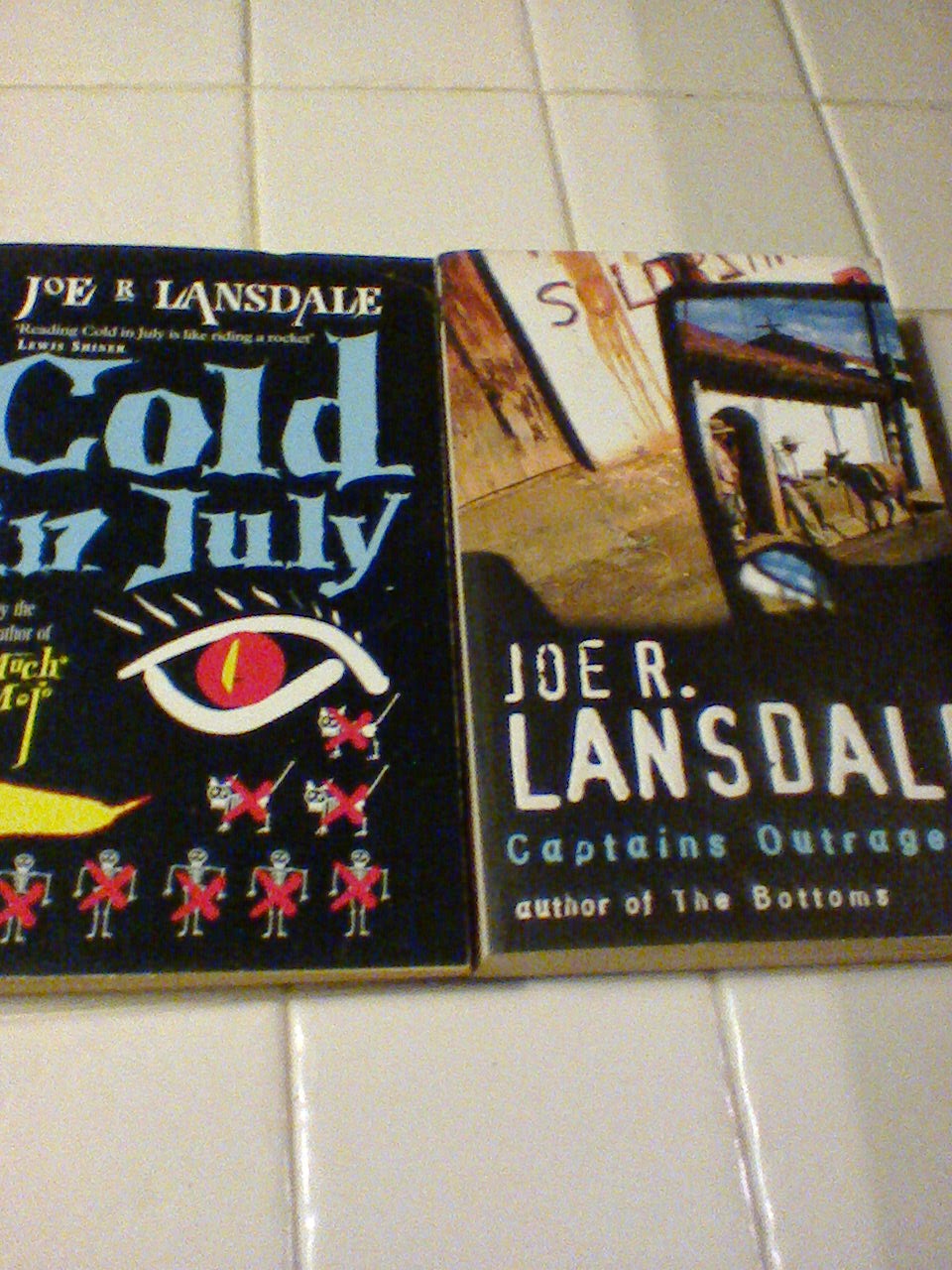 Joe R. Lansdale is an author from Texas and has a fair few slots on the shelves. He pretty much writes the lot… novels and short stories and everything in-between, in Fantasy, crime, horror, graphic, Westerns and probably science-fiction genre as well.

Fair to say that not everything he has written grabs me but enough of it does to have his books on my shelves numbering over a dozen. 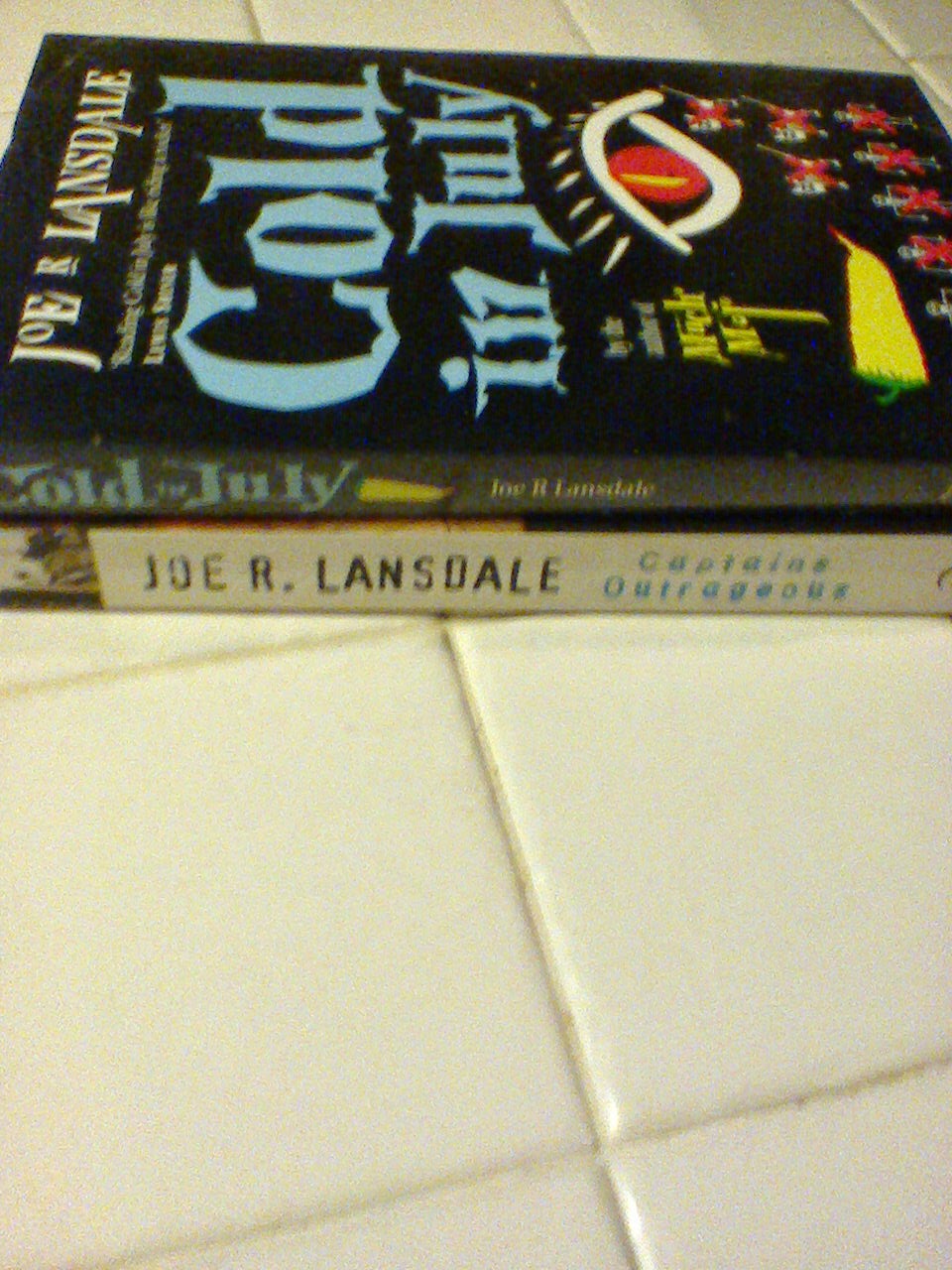 Most of them are in the 9 or 10 book series with his two protagonists – Hap Collins and Leonard Pine. Hap and Leonard, one black – one white, one gay – one straight even have their own Wikipedia page!

One of these years I’ll sit down and read my way through the series. I don’t think it will be this year though. 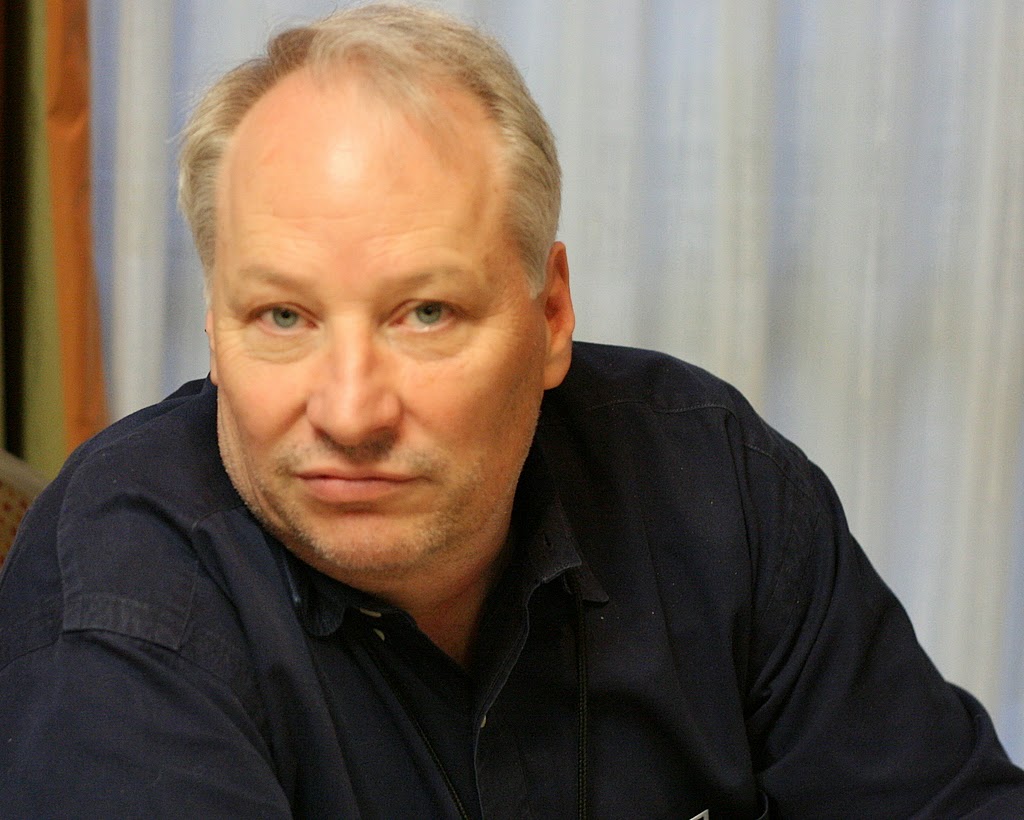 Hap Collins and Leonard Pine, the heroes of Mucho Mojo, head back to Mexico is seek revenge for the murder of a beautiful young lady, currently involved with a Mexican mobster and a practicing nudist, who, along with her elderly father, had rescued them both from armed attackers.

To kill a man, even in self-defence, is no easy thing for a man with a conscience. He has to answer to himself, put the episode behind him, get on with his life. This is very difficult when the dead man's father, a murderous ex-con, is determined to avenge the shooting, no matter what the rights and wrongs. Richard Dane is a small businessman, a family man with a son of his own. Ben Russell, the ex-con, has a very simple proposition: an eye for an eye, a son for a son. But the truth is anything but simple, and before long Dane and Russell, misled and manipulated, are awkward allies in a living nightmare of paranoia and psychopathic sex, violence and corruption.
Posted by col2910 at 00:30