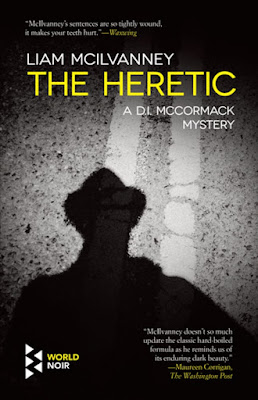 Synopsis/blurb...
Set in 1976, seven years after the murders recounted in Liam McIlvanney’s breakout novel, The Quaker, this new Glasgow noir novel is a standalone mystery featuring serial character, Detective Duncan McCormack.
McCormack has returned to Glasgow after a stint with the Metropolitan Police in London. The reason for his return is left a lurking mystery throughout. He is investigating a series of murders that seem at first to be the result of random bouts of violence among Glasgow’s poor and destitute. McCormack, however, has insight into Glasgow’s underground that many of his colleagues don’t. He has a secret of his own that he guards carefully but that takes him places and introduces him to people that prove essential to his investigations.
Mcilvanney’s The Quaker was named the Scottish Crime Fiction Book of the Year and a  Washington Post Best Book of the Year. The Guardian called it “a solidly crafted and satisfying detective story.” McIlvanney is known for his well crafted plots, his deep characterization, and his stylish prose. The Heretic is no exception.
I must admit I have a soft spot for 70s set fiction, either books written at the time (eg Laidlaw by William McIlvanney and the posthumously completed The Dark Remains with Ian Rankin) or that penned contemporarily with a look backwards (eg Alan Parks and his Harry McCoy series). Harry McCoy makes a fleeting appearance here with a hat-tip from McIlvanney to Parks' creation.
The Heretic is another exciting addition to the ouevre, though I have to admit, I wish I had managed to read McIlvanney's earlier book first - The Quaker - which also features Duncan McCormack as his lead detective. Not that the oversight stopped me enjoying this one to the fullest extent.
Arson and the death of four in a tenement fire, an on-going investigation into a Glaswegian crime lord, the torture and death of an ex-Tory MP, a pub bombing, some police politics and lingering resentment and a few ongoing personal issues for our lead detective to deal with.
Gripping, exciting, thoughtful, an intriguing main character, with a great dynamic between McCormack and his colleagues. We have history between McCormack and DS Goldie and a slight sense of lingering betrayal contrasting nicely with his support and mutual trust between them. There's also a refreshing appreciation for what the female member of the team, DC Nicol can bring. A lot of the other police aren't quite so enlightened in their attitude to female cops. I liked the way the whole team contributed to the progress of the investigation, each pursuing lines of enquiry independently of McCormack's close supervision.
There were topical facets to the investigation .... The Troubles and contacts across the water with the Paramilitaries, and an ex-military angle with former servicemen featuring, sectarianism in play in Glasgow, organised criminal gangs and violent rivalries, police and political corruption, attitudes of the time towards homosexuality, the care system and the abuse of children entrusted to it.
There's a real melancholy to some of the other characters in the book. Victims of circumstance with family problems, abandonment, a sense of loss, and as a consequence prey to the powerful and susceptible to control.
The Heretic is busy throughout with each storyline adding layers and texture to an overall masterpiece.
Definitely one which will feature on my 2022 books of the year. 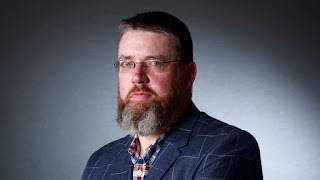