A couple from author Alec Cizak, someone who's been on my radar for a few years, without me actually ever getting around to reading him. 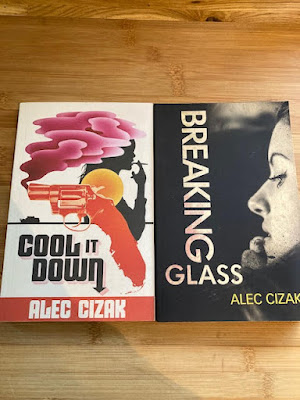 From Fantastic Fiction....
About the Author
Alec Cizak is a writer and filmmaker from Indiana. His most recent books include Lake County Incidents, Breaking Glass, and Down on the Street. He is also the chief editor of the multi-genre fiction digest, Pulp Modern. 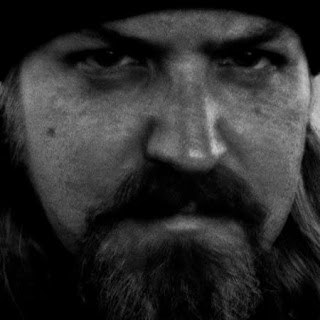 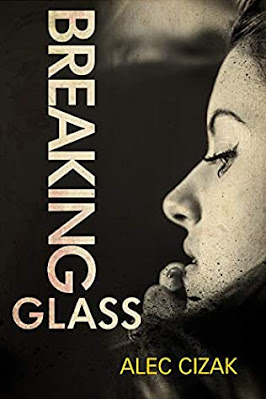 It's summer, 2016. Chelsea Farmer has awoken from one nightmare into another. Once a call girl with no control over her life, she's lost even more control, becoming another statistic in the opioid epidemic eating America from the inside out. Shacking up with a woman she may or may not be in love with, and three men unaware of just how useless they've become, she participates in home invasions to steal material goods that can be traded for pills or, even better, heroin. In between hits, the gang finds other ways to scrape together money, such as getting paid to march in a protest-turned-riot against presidential candidate Donald Trump. As the habit increases, calls for more crimes to feed it, the boys get increasingly violent with the victims of their home invasions. How long will it be before they actually kill a homeowner who refuses to cooperate? Chelsea must decide whether or not she's willing to hang around and find out.

"Alec Cizak hits streets we don't want to live on and he hits them hard. For a writer as good as Cizak, that isn't enough. Breaking Glass is the story of an addict who stumbles into a chance at recovery only to have her past come back on her. Can she redeem herself while maintaining her newfound peaceful self? This book raises brutal questions and gives the answers it must." - Rob Pierce

Breaking Glass is so dark and troubling it will make you cry for mercy as he joins Poe and Lovecraft in finding new ways to disturb you." - David Nemeth 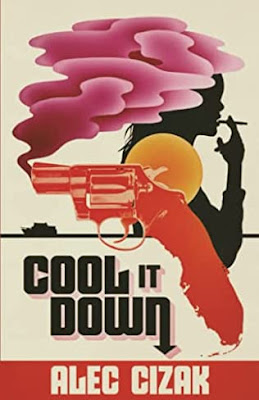 There Are No Heroes In This World

After fleeing a deadly romance, Blake Ness finds himself on an obscure island off the Gulf Coast. He befriends the island’s owner and mayor, a Cuban counter-revolutionary, and takes a job as a bouncer at a local massage parlor. Just when he thinks he’s found a home in paradise, he meets a Sarasota land baron who knows his real identity. Blake must choose between paying for his crimes of the past, or committing a new crime he may never escape from…

"In Cool It Down, Alec Cizak’s follow-up to Breaking Glass, Blake Ness wends through a Florida town’s web of paranoia and conspiracy. He soon realizes he’s addicted to murder, and, like a Jim Thompson character interwoven with one of David Goodis, all he has to do to survive is surrender all he believes...Does it end well? Does anything by Cizak? A stunning novel"—Rob Pierce, author of Blood by Choice

"Just when Florida couldn't get any weirder, Alec Cizak pulls you into Raro Key, a fictional coastal town rife with alligator worship, coffee-sipping spiders, pedophilic preachers, ghosts, and sins from the past, characters whose allegiances shift like shadows on cracked pavement. David Lynch meets Carl Hiassen in this sun-soaked revenge yarn" 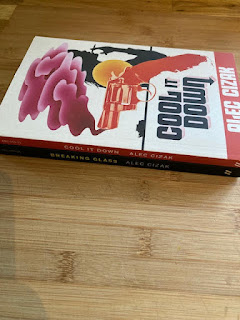