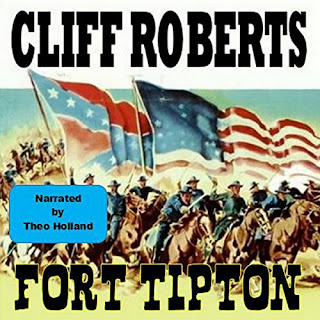 Synopsis/blurb....
The exciting new dramatic Western from Best-Selling Western author Cliff Roberts! All the action, all the tension and all the greatness the Western can provide.
The first four days riding the trail proved to be boring and uneventful. The young Lieutenant spent the majority of his time silently riding, while Sergeant Weaver was busy barking orders at the troopers, mostly trying to keep them in line, as if they were in a parade, instead of out on the trail.
The four days of boredom hadn't improved Slate's attitude regarding the mission he was on, they had only provided him with plenty of time to think about the challenges he may have to face.
Plus, he'd was beginning to realize the escort he was with, was a troop of greenhorns. Not a single man had been in Indian Territory before. Slate knew this by the fact, not one man had made a single mention of the Indians trailing along with them. At times, there was just a single brave about 200 yards off. If you love action-packed Westerns you will not want to miss Fort Tipton by Cliff Roberts!
A bit of Western action, not so much cowboys vs Indians, but the US Army in transit and housed at an isolated fort, with a Government man - Slate on-board vs Indians and a gang of Mexican banditos.
Main character, Slate has been asked by the Governor to ride out to Tipton to collect a prisoner. The prisoner is the brother of the local Indian chief and his imprisonment has caused a ruckus. The chief and his braves and other ne'er-do-wells ambush the escort enroute and then after a failed negotiation attack the fort.
Plenty of action ... multiple casualties, death, combat inexperience, naivety, incompetence, a peeing competition over authority, arson, strong leadership, bravery, escape, pursuit, a kangaroo court in a bar, a hostage situation and a final shootout. 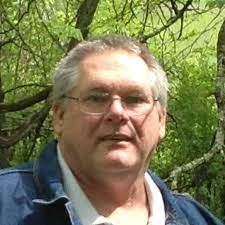 Fast-paced, enjoyable, interesting characters and relationship dynamics, and a satisfying outcome. All brought to life nicely by one of the best narrators around, Theo Holland. One yardstick I use for measuring my enjoyment of a book, is asking myself whether I would want to read the author again in the future. A definite yes in this case.
4 stars from 5
Read - (listened to) March, 2022
Published - 2017
Page count -  approx 50 (1 hr 36 mins)
Source - Audible purchase
Format - Audible
Posted by col2910 at 11:45