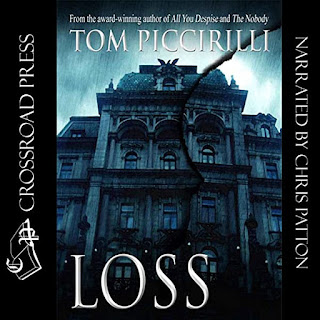 Employing the unique, darkly humorous, and powerful noir voice that is his trademark, Piccirilli demonstrates why he's become a must-read author for admirers of both crime and horror fiction.

Loss concerns a failed writer working as a handyman in an old Manhattan apartment building with a strange history and numerous oddball tenants, not all of whom may be what they seem. The penthouse is owned by a bestselling novelist and his wife, the nameless narrator's longtime unrequited love, who soon goes missing. Is she dead or somehow trapped within the endless corridors of a lair full of twisted memories and half-forgotten ambitions? This is a haunting noir-ghost story fusion that not only spotlights the fear of missing out on one's greatest hopes and romantic dreams, but also features such memorable characters as Mojo the talking monkey and the corpse of the real inventor of aluminum foil.

Another Audible offering with a short novella from recent favourite, Tom Piccirilli. Loss, while enjoyable upto a point, didn't really work out for me as well as the others.

We have an interesting main character and narrator, name escapes me. He's a published author. He still struggles with his writing. He's been remarkably unsuccessful commercially. He resides in the basement of an old building in New York. He's the janitor/repairman and he looks out for his eccentric residents.

Among the residents, we have a man with a talking monkey; a man who falsely claimed to invent aluminium tinfoil; a severely disabled and incomplete man - courtesy of a stunt years ago where he lay for a day in a bath of toxic waste; and our narrator's childhood and adolescent best friend and his attractive wife.

There's a schism between this friend and our man. In fact they're now former friends. Janitor man's former friend is everything our man isn't....... a fellow novelist, successful, celebrated, famous, rich and he has the woman our man covets. The unspoken competition between the two has spoiled their relationship and now there is only awkwardness.

We see JM interact with the residents of the building, including the wife of his rival, but not the rival himself (until the end of the book) which is all very interesting and entertaining.

We have an attack (resulting in death and murder), an attack which reminded me of an incident in another Piccirilli book, a conversation with a dying man, a police investigation, a missing woman, a murder solved and a confrontation and an ending which I didn't really vibe. Some reviewers have alluded to a sort of supernatural-ghosty outcome but I didn't interpret that myself. I was just kind of scratching my bonce in puzzlement. 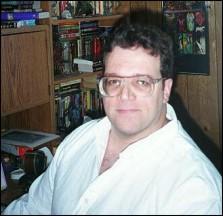 The Last Deep Breath, The Nobody, Sorrow's Crown  and The Dead Past have been enjoyed recently.