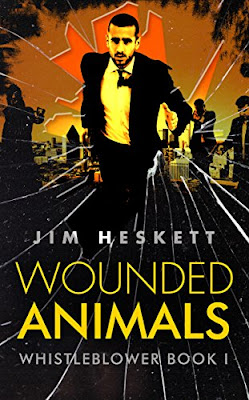 While nursing some drinks after a terrible day at work, Tucker Candle spits out his rum and coke when a stranger across the bar turns water into wine. But did he? Or was it just an alcohol-induced trick of the light?

This stranger has a warning for Candle: skip your planned business trip tomorrow. If you go, I won't be able to protect you any longer.

With a clear head the next morning, Candle resumes his normal life, working for a company that's about to lay him off. That barroom huckster couldn't have been magical, or prophetic. He was just some washed-up weirdo with a few tricks.

But when Candle comes back from his trip to find his pregnant wife missing and a dead man's blood seeping into his bathroom floor, the washed-up weirdo's counsel doesn't seem so foreign now.

Cops, friends, family... Candle doesn't trust anyone. As he searches for his wife, people around him keep turning up murdered. If he can't find her and uncover the mystery driving the chaos, the stranger's words might come true, after all.

Bizarrely, I quite enjoyed this despite a nonsensical absurdly weak plot and a main character who was likeable, but whose main priorities at varying phases of the book seemed arse about face.

Ok, here's the thing. Someone wants you to kill someone, so they kidnap your heavily pregnant wife and kill some people you've recently worked with, but barely know, dumping one corpse in your bathroom, and all because they want you to kill someone who you met once in a bar and who they obviously have some connection with. These people kill again, several times before actually telling Candle (our main character) what they want him to do. WTF - really? You're happy enough to kill multiple times, why not just ice the person you want dead. No need to involve a third party, someone who thus far has shown himself not to be a criminal or killer.

Secondly, when Candle becomes aware that his wife has gone missing, at various points in the narrative it doesn't seem to be his number one priority finding her or when overcome by inertia and a lack of a plan, he's not overly fretful about her or the situation. Other times, he is interested in her fate, as if the author had an afterthought, deciding his main character ought to give a toss about his wife and unborn child.

Plus points .... a decent pace, some interesting situations and incidents - ie the initial bar scene and the the scene near the top of the mountain, to mention two. They're well written and exciting. I can't remember any awkward clunkiness in the narrative at any point. I liked the scene with the stray dog, the coyote and Candle as well. The finale was ok and did what it needed to.

Without being unduly harsh, (or maybe I am) I enjoyed the book, though the author needs major work on his plotting. Wounded Animals is the first in his Whistleblower trilogy. I have the following two, seeing as it's all one big Audible omnibus. Hopefully I'll see if he's tightened things up in the next installment.

Jim Heskett has been enjoyed before with Reagan's Ashes. 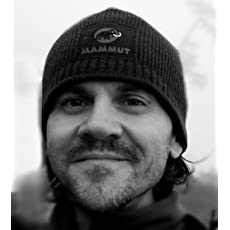