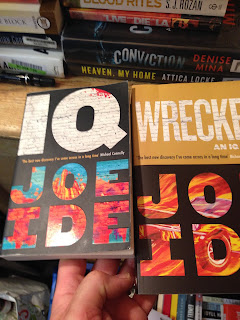 A couple from Joe Ide and his well regarded IQ series. 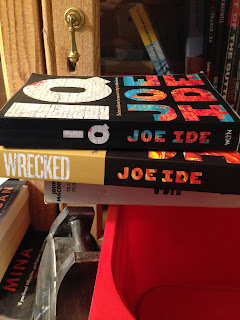 I sometimes scratch my head in bewilderment. I mean there's an author and a series of books that everyone raves about, I read the blurb, like the sound of them, buy them but never actually get around to reading them. WTF!

There's four in the series so far, with a fifth due out early next year..... 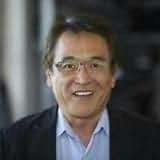 No doubt, I'll buy the bugger, by then I hope to have read a couple at least, watch this space!

From the author's wensite - JoeIde.com
JOE IDE is of Japanese American descent and grew up in South Central Los Angeles. Joe’s favorite books were the Conan Doyle Sherlock Holmes stories. The idea that a person could face the world and vanquish his enemies with just his intelligence fascinated him. Joe went on to earn a graduate degree and had several careers before writing his debut novel, IQ, inspired by his early experiences and love of Sherlock. Joe lives in Santa Monica, California. 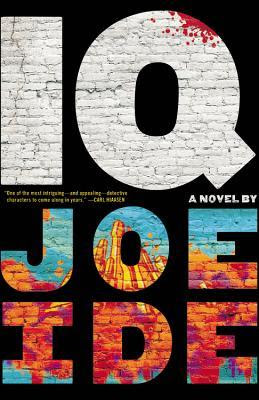 'Joe Ide is the best new discovery I've come across in a long time. And Isaiah Quintabe is the kind of sleuth not seen on the mystery landscape before.' Michael Connelly

THE TIMES CRIME BOOK OF THE MONTH: 'Full of humour, originality and high-quality writing'

East Long Beach. The LAPD is barely keeping up with the high crime rate. Murders go unsolved, the elderly are being mugged, children go missing. But word has spread: if you've got a case the police can't - or won't - touch, Isaiah Quintabe will help you out.

They call him IQ. He's a loner and a high school dropout, his unassuming nature disguising a relentless determination and a fierce intelligence. His clients pay him whatever they can afford, a new set of tyres or some homemade muffins. But now he needs a client who can pay. And the only way to that client is through a jive-talking, low-life drug dealer he thought he'd left behind. Then there's the case itself. A drug-addled rap star surrounded by a crew of flunkies who believes his life is in danger; and a hit man who even other hit men say is a lunatic. If he solves this case, IQ can put right a mistake he made long ago. If not it won't just be the hit man coming after him ... 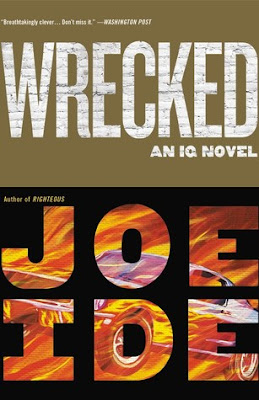 Isaiah Quintabe - IQ for short - has never been more successful, or felt more alone. A series of high-profile wins in his hometown of East Long Beach have made him so notorious that he can hardly go to the corner store without being recognized. Dodson, once his sidekick, is now his full-fledged partner, hell-bent on giving IQ's PI business some real legitimacy: a Facebook page, and IQ's promise to stop accepting Christmas sweaters and carpet cleanings in exchange for PI services.

So when a young painter approaches IQ for help tracking down her missing mother, it's not just the case Isaiah's looking for, but the human connection. And when his new confidant turns out to be connected to a dangerous paramilitary operation, IQ falls victim to a threat even a genius can't see coming.

Waiting for Isaiah around every corner is Seb, the Oxford-educated gangster who was responsible for the death of his brother, Marcus. Only, this time, Isaiah's not alone. Joined by a new love interest and his familiar band of accomplices, IQ is back - and the adventures are better than ever.