A couple from 25-30 years ago and another-new-to-me author, Mercedes Lambert. 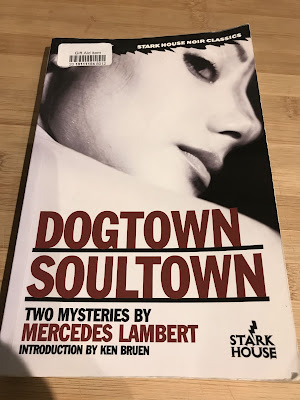 Mercedes Lambert wrote three novels featuring lawyer, Whitney Logan and her friend Lupe Ramos - these two plus Ghosttown. Ghosttown was published posthumously in 2007. She also had a fourth novel, El Nino published under her real name.

Her books have been praised by Ken Bruen, Michael Connelly and John Lutz to mention a few

LA setting, a couple of strong female characters, a missing person, armed robbery, death, secrets  what's not to like? 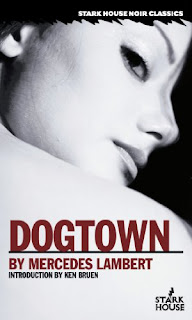 Whitney Logan, attorney-at-law, is broke. So when Monica Fullbright shows up with a thousand dollar retainer wanting her to locate her missing housemaid, an illegal immigrant named Carmen, Whitney takes the job. She may not like playing sleuth, but she can't afford to be picky. Enlisting the aid of Lupe Ramos, a chicana prostitute who works the street below her office, she soon finds out that Monica is not all she seems. And when the two of them stumble on the housemaid's dead body, they quickly find themselves on a fetid trail of Latin politics, drug smuggling and misguided allegiances. Nothing is as it seems in Dogtown 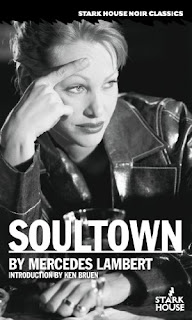 Whitney Logan and Lupe have gone in different directions, the only thing in common their shared dream of a new start. But Whitney figures she owes Lupe something and agrees to help her reunite with her son, now living with Lupe's ex-boxer brother Hector and his new girlfriend in Koreatown. When they show up to get the boy, they find themselves in the midst of an armed robbery. However, this is no simple operation, but a complicated theft involving old Korean friends. Whitney agrees to help, and soon finds that Hector's girlfriend Kim and the old friends all have closely held secrets that none of them are prepared to give up. Even her alliance with Lupe is an uneasy one. Deception is the order of the day in Soultown
Posted by col2910 at 05:20