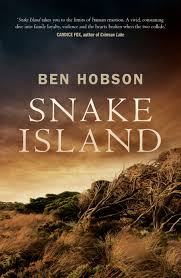 Synopsis/blurb....
For fans of Cormac McCarthy, Phillip Meyer, Fargo, and Justified, a gritty rural noir thriller about family, drugs, and the legacy of violence.
In an isolated town on the coast of southern Australia, Vernon Moore and his wife, Penelope, live in retirement, haunted by an unspeakable act of violence that sent their son, Caleb, to serve time in prison and has driven the couple apart. Ashamed, they refuse to talk about him or visit, but when a close friend warns Vernon that Caleb has been savagely beaten, he has no choice but to act to protect their only child.
The perpetrator of the beating is a local thug from a crime family whose patriarch holds sway over the town, with the police in his pay. Everyone knows they trade in drugs. When Vernon maneuvers to negotiate a deal with the father, he makes a critical error. His mistake unleashes a cycle of violence that escalates to engulf the whole town, taking lives with it, revealing what has been hiding in plain sight in this picturesque rural community and threatening to overtake his son.
Told from shifting perspectives at a sprint, in language that sometimes approaches the simple profundity of parable, this gritty debut was hailed on its Australian publication as “a darkly illuminating thriller that soars across genre constraints . . . [and] engages with pressing contemporary issues while exploring timeless questions. Hobson writes as if his life depends on it” (The Australian).
Snake Island is one I've been wanting to read for a while, ever since it popped up on my radar at some point last year. Luckily enough it appeared on both Net Galley and Edelweiss - Above the Treeline early reviewer sites. In my excitement I got access to it via both mediums. Fair to say it didn't disappoint.
Small town, isolated Australian setting, a fractured family, a compromised police chief in thrall to the local criminal element who grow and harvest Mary Jane, a beat down in the local prison, and the subsequent violent fall out with some big city dealers coming to town and making waves.
It's a busy book with lots happening and one event providing, the impetus and stimulus for everything that follows ..... desperation, guilt, poor choices and the opportunity for many of the cast of characters to reflect on their complicity and errant behaviour, even if they mostly lack the will to change it.
From the get-go I was sucked into this one. It's an unsettling tale of domestic strife, which then escalates and affects the wider community. The Moore's are still struggling to cope individually with the shock of their son's past violence towards his wife. Caleb is in an open prison and since his trial and incarceration has been ignored and all but disowned by his parents, Vernon and Penelope. It almost seems as if the decision to cut ties with their son have been arrived at separately, as there is little meaningful communication between the pair as a couple.
I liked the portrayal of the family, even as my sympathies rested with Vernon and the lack of empathy his wife displayed towards him, seeming to offer him up as an object of ridicule to her friends. Vernon decides to protect his son, a victim of one of the drug dealing Cahill's fists and feet, whilst ensconced in the seeming safety of the local prison. The Cahill's reputation and domination of the locals extends to the prison authorities and the local police chief, though on this occasion, it is Brendan one of the sons, acting unilaterally.
The Cahill's themselves have an intriguing dynamic - Ernie, the dominating father ruling the roost, with his wife and two sons, Brendan and Sidney. Brendan is a chip off the old block, while Sidney the weaker of the two siblings, longs to escape the ties of his family and the local area and make a fresh life for himself with his young family.
Vernon attempts to reason with Ernie, father to father for Brendan to lay off Caleb. A reasonable request, but when have the Cahills ever listened to reason? What follows is incendiary.
Great setting, great characters, fantastic story, intriguingly presented with different characters offering their voice in alternating chapters. All topped off by a brilliant finale. I look forward to seeing what Ben Hobson dishes up next.