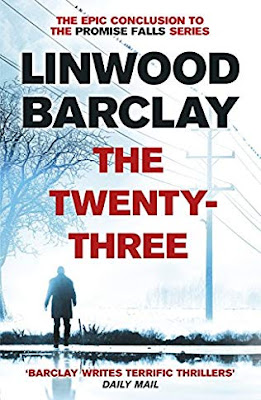 The final book in the Promise Falls trilogy, The Twenty-Three is a pulse-pounding, race-against-time thriller.

The day begins like any other Saturday - a shower, coffee, breakfast. But suddenly, all hell breaks loose in the town of Promise Falls. People are dying in the street - the hospital and emergency services are overwhelmed by sheer numbers. Is it mass food poisoning, a virus, or something more sinister? Has someone, rather than something, caused this?

Detective Barry Duckworth is already investigating two murders and an explosion at the town's drive-in. He starts to wonder if these crimes and the new attacks are connected to the mysterious incidents in Promise Falls involving the number twenty-three.

But who is sending these deadly messages, and how can they be stopped?

The third book in a series, but previous events are referenced throughout so you aren't hanging as a reader. There's a lot of characters initially which I found slightly confusing, but which eventually settled down, as their paths crossed with each other and the relationships between them became clearer.

A mass poisoning breaks out, multiple casualties and multiple deaths. A teenager goes missing. A student is found dead at her halls of residence. A convict has escaped from prison and his ex-wife and son are taking flight. Promise Falls is in panic mode.

The police, namely big old Barry Duckworth tries to get to the bottom things. Aided and assisted, or more accurately diverted and disturbed by disgraced ex-mayor, Randall Finley who pops up in the middle of things when its least helpful. Finley is trying to make a political comeback. Duckworth is suspicious of the man and his motives as the source of the poisoning proves to be the town's water supply, which has been contaminated. Finley has his own water bottling plant and he's an obvious suspect. With Barclay though the obvious option can always be ruled out.

I enjoyed Barry in action. He's a capable investigator. He follows the leads. He likes a donut or ten (what cop doesn't in North American crime fiction?). Him and his boss have a few issues between them, (another well used trope) but not enough to distract from a crazy situation or three.

Linwood Barclay can certainly tell a story. Short snappy chapters, multiple viewpoints, zippy dialogue, lots of banter, humour, conflict, confrontation, maybe not so much tension. A few distractions and red herrings. Characters you like and enjoy the company of. Characters who you loathe and enjoy the company of, mostly in the hope that they will come off worse in some of the exchanges.

Confusion, followed by an investigation, followed by a resolution and clarity. Events here are motivated by occurrences in a previous book in the trilogy. Everything gets wrapped up, apart from one strand of story regarding the convict, the ex-spouse, the son and the new boyfriend. Maybe Barclay is saving that one for another day. 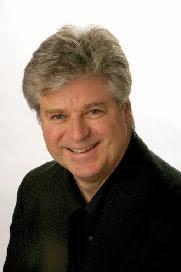 Overall, I liked it. I'm not rushing to his other books immediately but I'll get to whatever ones are in the stash one day. And I'll probably have a good time reading them.

Stone Rain, The Accident, Clouded Vision, Never Look Away, Fear the Worst, Too Close to Home and No Time For Goodbye have all been read (and forgotten) before.