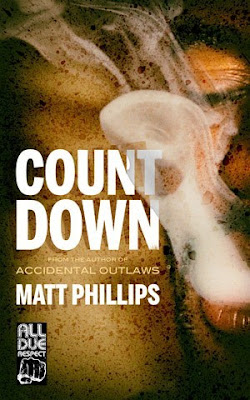 Welcome to California. Weed is legal. Grow it. Sell it. Smoke it. Eat it. But the money you make off it—there's the rub. Bank it, and the Feds will ask questions. Keep it around, and you’ll get robbed. LaDon and Jessie—two hustlers who make selling primo weed a regular gig—hire a private security detail to move and hold their money. Ex-soldiers Glanson and Echo target the cash—they start a ripoff business.

It’s the wild, wild west. Except this time, everybody’s high.

With their guns and guts, Glanson and Echo don’t expect much trouble from a mean son-of-a-gun like LaDon Charles. But that’s exactly what they get. In this industry, no matter how much money there is for the taking—and no matter who gets it—there's always somebody counting backwards...to zero.

“A slab of rare pulp, served nice and bloody. Countdown reads like an homage to Elmore Leonard from one of the hottest new voices on the crime fiction scene.” —Anthony Neil Smith, author of Yellow Medicine and All the Young Warriors

Matt Phillips is fast establishing himself as one of my favourite contemporary authors. Countdown is my third encounter with his work and is the best of the bunch so far.

San Diego, a weed shop, a business partnership and plenty of cash flow. Jessie has green fingers and is skilled at cultivating top notch bud. Her business partner, LaDon, a man who'd like to partner up with her in more intimate ways is trying to get creative with the proceeds of their enterprise. They need to wash their money. and it's a slow, slow process. Most of the proceeds are currently collected and stored by a private security firm that offers their services to other like-minded entrepreneurs.

Ex-military man Abbie Glanson is employed as a pick-up guy for the security detail. Glanson might be small in some aspects of his life, but he has big ideas. Recruit ex-vet buddy, Echo and go and steal themselves some money.

Weed, cash money, flirting, physical attraction, ambitions, guns, a robbery, a death, a pimp and his stable, a jealous business partner, but one with a conscience and ambitions to save a girl, a troubled vet, scheming, surveillance, lack of trust, a sexual encounter that doesn't go as planned, surprise, hurt, humiliation and anger, a botched robbery, a failed plan, a fire, a dying request, an unexpected visitor, an unintended consequence, a car-jacking, a reduction in the number of game players, a circling of the predators and a mad dash for the moolah.

I do like tales where the characters are mostly living on the fringes of society, not too concerned about the legality of their actions, but still bound by a code of behaviour that offers and demands, friendship, concern and loyalty. We get a hint of the backgrounds of most of the players here..... war service, family history, a chequered past..... enough to put flesh on the bones of the characters and enough to allow us to choose sides regarding who we want ending up surviving the inevitable shit-storm that we are hurtling towards.

Once the lines are set and the plans are afoot, Phillips then propels the narrative towards a brutal, bloody climax with plenty of casualties along the way. There's a real energy and cadence to the second half of the tale. The outcome when delivered fits the tale superbly.

My kind of book, my kind of author. 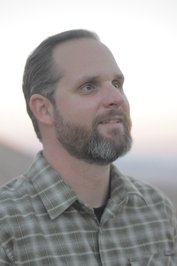 Redbone and Bad Luck City are my previous encounters with Matt Phillips.

Know Me From Smoke, Accidental Outlaws, Three Kinds of Fool, The Bad Kind of Lucky and Tough Guys wait for me on the kindle. (I either need to read quicker, or he needs to slow down - probably both.)