Two from another Scottish author, Denise Mina about whom I've heard good things, but who I have never actually gotten around to reading. 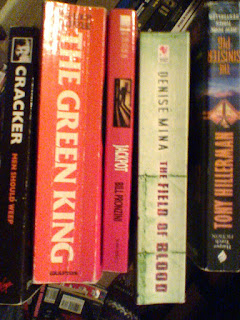 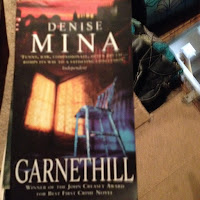 Her novels have won and been nominated for numerous awards.....

I have three of her books on the TBR pile; these two plus Resolution. Quite restrained for me considering she has about 14 in total to her name. That said I still have a fair proportion of my library still to log, so there might be another one or two lurking.

Mina has three different series to her name - Garnethill (3 books), Paddy Meehan (3 books) and Alex Morrow (6 books), as well as a couple of standalone novels and other works - graphic novels and some short story contributions in some anthologies.

One of these years, I'll pull my finger out and read something by her! 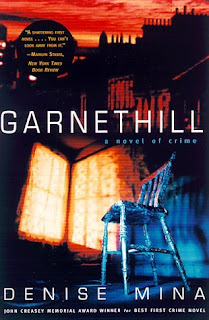 Maureen O'Donnell wasn't born lucky. A psychiatric patient and survivor of sexual abuse, she's stuck in a dead-end job and a secretive relationship with Douglas, a shady therapist. Her few comforts are making up stories to tell her psychiatrist, the company of friends, and the sweet balm of whisky. She is about to end her affair with Douglas when she wakes up one morning to find him in her living room with his throat slit.

Viewed in turn by the police as a suspect and as an uncooperative, unstable witness, Maureen is even suspected by her alcoholic mother and self-serving sisters of being involved. Worse than that, the police won't tell her anything about Douglas's death.

Panic-stricken and feeling betrayed by friends and family, Maureen begins to doubt her own version of events. She retraces Douglas's desperate last days and picks up a horrifying trail of rape, deception...and suppressed scandal at a local psychiatric hospital where she had been an inmate. But the patients won't talk and the staff are afraid, and when a second brutalized corpse is discovered, Maureen realises that unless she gets to the killer first, her life is in danger. 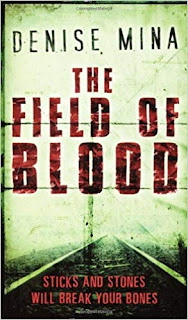 Paddy Meehan discovers that one of the boys charged with the murder of toddler Brian Wilcox is her fiance Sean's cousin, Callum. Soon Callum's name is all over the news, and her family believe she is to blame. Shunned by Sean and by those closest to her, Paddy finds herself dangerously alone.
Posted by col2910 at 23:29