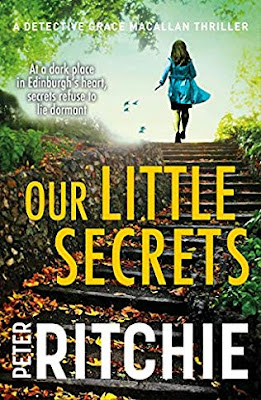 At a dark place in Edinburgh's heart, secrets refues to lie dormant.

At Police Scotland HQ, Grace Macallan has pitched up in Counter Corruption. But the demons of her past are never far behind.

Meanwhile, Edinburgh's gangland is in turmoil. As a new breed of upstarts challenges the old criminal order, their battle for territory causes serious havoc.

Into the war steps DI Janet Hadden. Ambitious, hardbitten and addicted to risk-taking, she knows how to throw opponents off balance. But when she’s thwarted, Hadden seeks help from a notorious underworld fixer, a man who keeps secrets but always extracts a price.

Beset by violence and double-crossing, Grace is soon embroiled in a savage game of cat and mouse with colleagues and criminals alike. With all sides driven by dark desires, theirs is an endgame that will take Grace down unless she holds her nerve.

'Peter Ritchie pulls no punches with this gritty police procedural. A thoroughly absorbing read which drew me in from the first page.' – CAROLINE MITCHELL, bestselling author of Truth and Lies

Our Little Secrets is the fifth entry in author Peter Ritchie's Grace Macallan series. It's my second encounter with his work after Where No Shadows Fall earlier this year. Rest assured it won't be my last.

Here Macallan has minimal involvement in our tale, until the latter stages at least. That said her telling contribution is one that leaves a lasting impression.

The main focus of the book is loner cop DI Janet Hadden and her efforts to recruit informers at both the top and bottom level of the criminal Grainger gang. Information on deals, operations, meetings, personnel etc will enable her to get results, small victories initially, increasing in importance hopefully. These will keep the bosses happy and ensure her continued ascent up the career ladder. Hadden is a cold fish. Fiercely ambitious, driven, focused and quite prepared to go the extra mile, over-reaching her authority to get that result.

The hierarchy of the Grainger gang comprises three brothers - Dominic, the almost but not quite respectable head and his two siblings, Paul and Sean. These two are more hands on. Paul has ambitions to run things himself. Sean, the quiet one wants out of the life. Our main man is Dominic though. We get his perspective on events.

Dominic has problems; a gambling addiction which is spiralling out of control and which has seen him plundering the assets of the gang to keep afloat. He has thus far concealed this from his brothers. Their relationship however is difficult and there's a recognition from Dom that at some point him and Paul will go head to head. Dom also has a domestic situation which is toxic. He plays away regularly. His wife matches him and there is a deep mutual contempt for each other. His father-in-law, a semi-retired old school criminal king-pin dotes on his daughter and has a loathing for Dominic. In turn, the daughter, Jude despises him for the unforgiveable abuse he inflicted on her long-dead mother.

Hadden gets her claws into a lower-level member of the gang, Tonto which causes problems for Paul and Sean. Her further recruitment of Dominic on the surface seems win/win. Hadden believes she is in control of the situation. She may have under-estimated Dominic though. A battle for supremacy sees the two entwined together. All this happens under the watchful eye of Arthur Hamilton, Dom's father-in-law. Hamilton is suspicious of Grainger, wants to protect his daughter and harbours hopes of reconciliation and as a consequence has Dominic under surveillance.

I really liked this one. There's a keen insight into the workings and machinations of both the police and the outlaws. Ritchie's previous career in the police is evident in the expert portrayal of both.

In the end there's an outcome with severe consequences for all the main players.

Gripping and compulsive reading. Fantastic characters, mostly loathsome, but never less than interesting. Well-written with short chapters that keep you engaged and turning the pages. I liked the insight into the scheming mind of the criminal - planning allied with paranoia - it kind of reminded me of Malcolm Mackay's Glasgow trilogy in that respect. 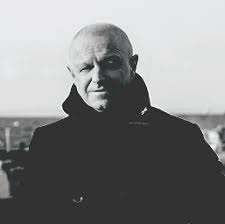 Loved the setting, the Edinburgh back-drop, the Hibbies and the Jambos. I loved the scope of the book - from the viewpoint of Tonto, a low-level bawbag, a chattel and disposable object; to the upper echelons of the organisation. Loved the loner cop and her motivations and manipulations. And of course the introduction of Macallan into the proceedings added another enjoyable dimension to the story.

A top top read. Makes me a bit mad that I didn't discover Peter Ritchie and his books a few years earlier.