A couple from the queen of GA crime fiction, Agatha Christie. With the exception of a collection of Marple short stories a few years ago, I can safely say that I haven't read any of her novels in the 30-odd years I've been reading in the genre. 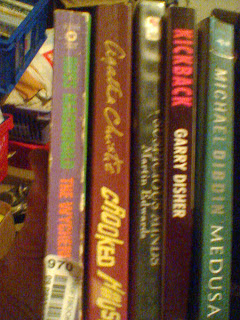 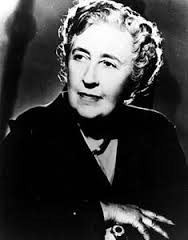 I think I've kind of written her work off as all about the rich, the privileged, vicars, tea parties, country mansions, villages - Murder at Downton Abbey types and none of the above subjects hold much appeal for me.

I think I have about half a dozen of her books in my collection. I've picked up the odd one when I've crossed paths with it out and about, with the intention of tackling her work....... The Clocks, 4.50 from Paddington, And Then There Were None

I ought to cast aside my preconceptions and give her a proper go. She does seem to have her fans. 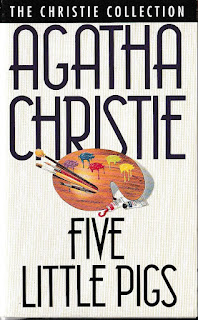 Beautiful Caroline Crale was convicted of poisoning her husband, yet there were five other suspects: Philip Blake (the stockbroker) who went to market; Meredith Blake (the amateur herbalist) who stayed at home; Elsa Greer (the three-time divorcee) who had roast beef; Cecilia Williams (the devoted governess) who had none; and Angela Warren (the disfigured sister) who cried ‘wee wee wee’ all the way home.

It is sixteen years later, but Hercule Poirot just can’t get that nursery rhyme out of his mind… 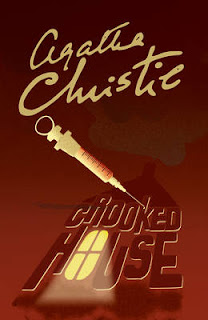 Described by the Queen of Mystery herself as one of her favorites of her published works, Crooked House is a classic Agatha Christie thriller revolving around a devastating family mystery

The Leonides are one big happy family living in a sprawling, ramshackle mansion. That is until the head of the household, Aristide, is murdered with a fatal barbiturate injection.

Suspicion naturally falls on the old man's young widow, fifty years his junior. But the murderer has reckoned without the tenacity of Charles Hayward, fiancé of the late millionaire's granddaughter.

"Writing Crooked House was pure pleasure and I feel justified in my belief that it is one of my best." --Agatha Christie